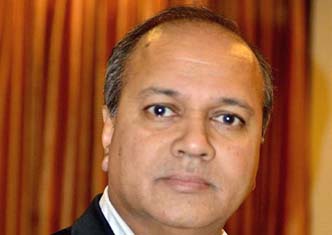 The Advertising Club and Advertising Agencies Association of India have announced the Awards Governing Council for the Abby’s at Goafest 2017. Ad veteran and industry leader Ramesh Narayan, founder of Canco Advertising has been once again appointed the Chairman of the AGC. The other members elected to the Council are:

Raj Nayak, President of The Advertising Club, said, “We are pleased to announce that Ramesh Narayan will be the Chairman of the Awards Governing Council of the Abby’s for the upcoming 2017 edition of Goafest.  Under his leadership Goafest 2016 emerged as a huge success with increase in participation and highest standards of ethics and governance. We are sure that with once again taking on the reigns of the awards, he will take this key industry event that is the gold standard in advertising awards, to greater heights.”

Welcoming the announcement Nakul Chopra, President, Advertising Agencies Association of India (AAA’s of I) said "It is great to once again have Ramesh in the driver’s seat of the governing council.  His experience of leading multiple industry bodies and awards gives him great perspective and foresight to be able to drive excellence, in the judging and execution of this year’s awards.”

Narayan said “The Abby’s are the Oscars of Indian advertising. The Awards Governing Council has a wealth of experience and expertise and I feel privileged to lead such an august panel. It will be our endeavor to engage actively with all constituents and ensure that creativity is properly judged and celebrated.”