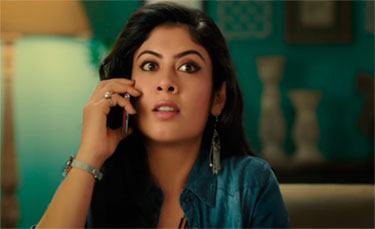 Living Foodz, the 24-hour food and lifestyle television channel launched in September last year, has rolled out a new campaign to commemorate its first anniversary and the launch of its new show, Spices and Secrets with Zarine Khan.

The campaign, called ‘Obsessed with Food’, has been created by Scarecrow Communications and intends to reinforce the channel’s philosophy of ‘Making food fun’.

Piyush Sharma, CEO (India and APAC region), Zee Living, said, “We just completed one year and it was the appropriate time for us to come out with a fresh communication. We have always believed that food is about love, emotion, sharing and people. What is food if there are no people to either cook, eat, celebrate, share or talk about it? So the ‘Obsessed about food’ campaign is all about bringing the people behind and around food into the centre of the conversation. When Living Foodz as a brand looks at food we are very clear that we are not dealing with food as a dull, drab and boring subject but we are dealing with food as a complete ecosystem which I think the campaign also beautifully captures.”

“This whole campaign has two legs because it has ‘Obsession with Food’ as the biggest umbrella and there is also the launch of the show called Spices and Secrets with Zarine Khan. Somewhere this legendary Bollywood family is also obsessed about food and that is why they want to call people to their houses and host them which they proudly call ‘Khaan-Nawazi’. This whole campaign complements the show as well,” said Adhishree Murdia, Head Marketing, Living Foodz.

The campaign includes three TVCs that are inspired by food-obsessed people from all walks of life. The first TVC features a detective who calls a wife with information on her unfaithful husband. On being told that her husband is at an Italian restaurant sharing a pizza with another woman, the wife starts quizzing the detective on specific details about the pizza, instead of being concerned about her husband.

In the second TVC, a patient who has cut his finger visits a doctor. When he tells the doctor about how he cut the finger while cutting some vegetables, the doctor starts bombarding him with questions on what vegetable was he cutting and the dishes he can make with those.

The third TVC is about a wife who has accidentally dented her husband’s car while eating shawarma. The husband, instead of getting worried about the car, starts enquiring about the kind of shawarma and its toppings.

Commenting on the campaign, Arunava Sengupta, Founder Director, Scarecrow Communications, said, “We wanted the TVC campaign to accentuate and take forward the brand’s promise of making food fun. Hence we consciously moved away from conventional kitchens and cooking and chose to focus on kindling emotions that food evokes, thereby bringing a smile on people’s faces.”

“The reality is that people spend a lot of time thinking of food. This campaign is a not a mere depiction but a dramatization of this reality. Entertainment is a key ingredient of the Living Foodz programming recipe and therefore, the campaign uses light-hearted humour to tell stories based on obsession with food,” said Raghu Bhat, Founder Director, Scarecrow Communications.

Elaborating on the marketing strategy, Murdia said, “TV is the driver medium and we have taken a mix of channels like the news channels, the GECs, all leading channels in the regional space, including channels from our network like Zee Cafe, etc. The consumers are no more limited to TV, they can consume the content anywhere and therefore digital becomes important. This campaign is definitely also for the so-called ‘netizens’, to reach out to them in a targeted manner. So there are banner led campaigns, YouTube plays an important role. Radio pays the role of a surround medium. Mumbai and Delhi are seeing a radio campaign right now on Red FM and Fever 104 FM. Facebook, Twitter, Instagram will also have interesting campaigns. So, social media will see a lot happening in the next few days.”

Shedding some light on their one year journey, Sharma said, “This has been the most fantastic journey that we could have possibly asked for. The factual entertainment business unlike the fiction or the regular entertainment business is different in the sense that, here, not only are the GRPs important but equally important is the perception that the channel enjoys. This is almost always a very difficult route to travel because if you invest into perception, then possibly by making it into a super niche offering you could lose out on the numbers game. Living Foodz, in the near 60 weeks that we have now been running, has held the leadership position every week. We have almost a 50 per cent market share in the Alfa club, which is where the absolutely top premium audience lie and a 40 per cent market share in the universal category. This means that the nearest competitor is half of us and the rest of the industry combined is no more than 60 per cent. Advertising customer wise we have seen an equally unprecedented response.”

“From day one we have been visualising Living Foodz as a brand-centric multi-platform business and television is just one of the mediums through which it manifests itself. We have created two franchises already, one of which is the Food Fiesta which is a B2C event and the other is Living Foodz Powerlist Awards which is a listing of the most powerful people in the Indian food scene. Baleno Wicked Weekends is also another franchise that we have created that revolves around the concept of fun and entertainment. LivingFoodz.com is our site which is already live and is intending to attain the same leadership position in the digital space that Living Foodz the television channel enjoys,” added Sharma.

Even though Sharma feels that the factual entertainment category is under-leveraged, he is very optimistic about the future of the category and the brand itself.

“The factual entertainment business currently in India is under-penetrated and under-leveraged as compared to the international scenario where it is about 11 per cent in terms of audience share and about 19 odd per cent in terms of revenue share, in India the numbers are 1.5 per cent and 2 percent respectively. But it is also a genre that is about to explode in a big way. As we go along there will be very many of us creating more state-of-the-art and enticing programming,” said Sharma.