Rajan Gupta has been appointed as MD and TS Panesar, the current president of the MSO’s video business, has been elevated to the position of CEO. Kumar was MD and CEO before he quit the organisation 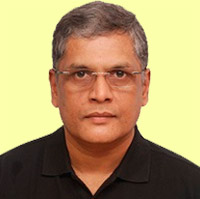 Rajan Gupta has been appointed as MD and TS Panesar, the current president of the MSO’s video business, has been elevated to the position of CEO. Kumar was MD and CEO before he quit the organisation

Hathway Cable and Datacom has accepted the resignation of Jagdish Kumar Pillai from the post of MD and CEO. Rajan Gupta, who has been serving as president of Hathway’s broadband business since 2014, has taken over as the new MD.

TS Panesar, the current president of the MSO’s video business, has been elevated to the position of CEO.

Pillai had taken over as MD and CEO in December 2012 and led the company’s growth through the digitisation phase. Under his leadership, Hathway became the first cable TV company to achieve the milestone of 10 million digital subscribers.

Gupta's mandate is to build on Hathway’s leadership in the broadband and video business and take it to the next phase of strategic transformation by creating a profitable consumer-centric organisation and maximising innovation, execution and collaboration.

Hathway now boasts a broadband subscriber base of nearly 0.8 million and its services reach more than 3.7 million homes, and Gupta is credited with establishing and building a profitable broadband business for the company. Hathway has been a step ahead in offering cutting-edge broadband services under Gupta's leadership with continued investments in high-speed technology such as Docsis 3.0 and GPON FTTH, providing 50 Mbps speed plans, better customer service and increasing market share.

Gupta is an engineering graduate and MBA in Marketing and Finance from IIM, Bangalore. He brings with him 18 years of experience across management, sales, marketing, P&L management, revenue growth management, go-to-market strategy, business turnaround and manufacturing operations. Over the years, he has handled various business leadership roles with Tata Teleservices, Hindustan Coca-Cola and Asian Paints.

Panesar, who joined the company in December 2014, has two decades of experience in the consumer durables and TV broadcasting industry and has worked with leading brands like ESPN Star Sports and Star. Panesar was part of the core management team that was instrumental in setting up the ESPN Star Sports brand in India and building its DTH business. He is credited with bringing a transformational shift in the cable TV operations of the company, making it more transparent, systematic and process driven.

Under Panesar’s leadership, Hathway has grown aggressively in DAS III markets, having crossed 11 million digital subscribers and launched many breakthrough initiatives such as ‘Hathway Connect’, the portal for LCOs that was appreciated by the industry and the LCO fraternity for increasing revenue and reducing operational cost. He led the launch of in-house channels, rebranding and repositioning the current stable to create a robust portfolio as well as leading the company’s foray into value-added services (VAS).