Nazim, who has moved from Ogilvy & Mather, will be based in Delhi and report directly to Jeremy Craigen, Global CEO, and the global creative council 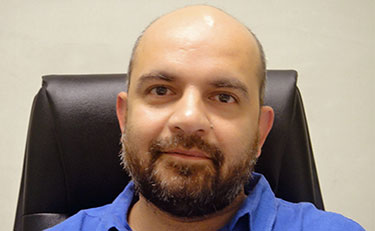 Nazim, who has moved from Ogilvy & Mather, will be based in Delhi and report directly to Jeremy Craigen, Global CEO, and the global creative council

Nazim’s appointment comes under the strategic plan of upping the agency’s ante on the creative product in geometric proportions. Nazim has been handpicked by Craigen and IWI’s management to lead the creative function.

Expressing delight and confidence at Nazim’s appointment, Vivek Srivastava, Joint Managing Director, Innocean Worldwide India, said, “We are delighted to have Talha Nazim as the leader of our creative team. Not only that, he will play a crucial leadership role in taking Innocean Worldwide India to the next level in terms of creative excellence as part of the core team. Our entire team feels energised with his presence and we are sure that together we will build Innocean into a bigger creative powerhouse with a larger footprint.”

With a stellar career spanning 21 years at Leo Burnett, Bates, McCann and Ogilvy and having worked in Kolkata, Delhi, Bengaluru, Kuala Lumpur and Mumbai,  Nazim has been responsible for some amazing work on brands like McDonald’s, Dutch Lady, Siemens, JSW, Exide, General Motors, Fiat, Asian Paints, Reebok, Penguin, Coca Cola and Philips, among others.

This has resulted in over 180 metals and nominations in international and domestic award shows such as Cannes, D&AD, The One Show, Clio, LIA, Andys, Adfest, Spikes, NY Festivals, Kyoorius and Abbys. The Gunn Report listed his work as one of the most awarded pieces in 2004 and 2013. In 2006, Campaign Brief Asia ranked him among the top 10 creatives in India. In 2014, The One Show ranked him No.2 as a creative director and No.6 as a writer. His Penguin Author Audiobook campaign that he did with his ex-art partner Rohit Devgun is India’s most awarded campaign internationally yet.

Nazim has recently teamed up with a friend, Nasheet Shadani, to conceptualise an Urdu book for beginners that'll be launched shortly.

Commenting on how different it is being at Innocean Worldwide than at Ogilvy, Nazim said, “My intent is to grow along with Innocean. This place is more integrated and has a smaller unit. Ogilvy is a ship and here it is more like a motor boat in size. Innocean is a young agency and pretty new in India. There is a younger crowd here and is very hungry to do new things.”

Nazim further said, “When a creative giant like Jeremy Craigen invites you to be the creative head of a power brand like Hyundai in the world's most promising automobile market, the offer becomes irresistible. Jeremy has an amazing plan rolled out for us. My philosophy is work hard, play hard, and bring out the pearls from the ocean.”

Innocean Worldwide India has put in motion a plan for its transformation into an agency better equipped to take on the mandate of brands that are looking at ever newer ways of connecting with the hyper connected consumers of today and tomorrow. The process began with the advent of the renowned former creative boss at DDB London Jeremy Craigen as Global CCO at Innocean’s headquarters. A well thought out action plan has been drawn at a global level with India as an important arena.

Innocean Worldwide is a global communications network headquartered in Seoul. It has 24 offices around the world in 21 countries. In India its key clients include Hyundai Motor India, TimesJobs.com, Dharampal Premchand Group - Baba, Elcomponics, Tata Power DDL, Mobis, 4moles.com and CDFI. The capitalised billings for the year 2015 stood at Rs 310 crore.