Nagesh Alai, Founder, Independent Business Advisory and Chairman of C4A has been elected as Co-Chairman of the committee 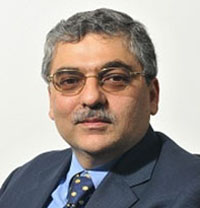 Nagesh Alai, Founder, Independent Business Advisory and Chairman of C4A has been elected as Co-Chairman of the committee

The Advertising Agencies Association of India and The Advertising Club today announced the appointment of Ashish Bhasin, ?Chairman & CEO South Asia Dentsu Aegis Network as Chairman of Goafest Organizing Committee 2017. Nagesh Alai, Founder, Independent Business Advisory and Chairman of C4A has been elected as Co-Chairman of the committee.

The other members on the committee are as below.

Commenting on his appointment Nakul Chopra, President, Advertising Agencies Association of India (AAAI), said, "Ashish has been a celebrated industry veteran and holds deep understanding of this event. I am sure that he will bring new fervor and spirit into the event this year. I am sure that his vision will make Goafest 2017 scale new highs.”

Welcoming the announcement, Raj Nayak, President, The Advertising Club, said, “Ashish has been an intrinsic part of the goafest organizing committee last year and has played an important role in its success. I have had the privilege of working with him closely and his biggest strength is to be able to carry along People with him. I am sure that his rich experience, vision and insider view of media and advertising trends make him the best man for the role.  I look forward to an outstanding Goafest 2017 under his aegis.”

On being nominated as chairman of the Goafest 2017 organizing committee, Bhasin said, “I am honored to have been given the opportunity to Chair the Organizing Committee for the upcoming edition of Goafest.  The event has emerged as a key thought leadership platform and I hope to be able to further elevate the experience of Goafest 2017 for the entire fraternity.”

The scheduled dates for Goafest 2017 will be announced soon.