Gaur will be based in New Delhi and lead the creative function of the North operations. He will report to RajDeepak Das, CCO, Leo Burnett, South Asia 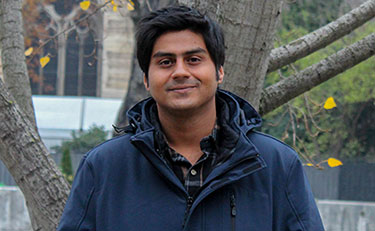 Gaur will be based in New Delhi and lead the creative function of the North operations. He will report to RajDeepak Das, CCO, Leo Burnett, South Asia

Leo Burnett India has brought on board Arjuna Gaur as the Executive Creative Director. In his new mandate, Gaur will be based in New Delhi and lead the creative function of the North operations. He will report to RajDeepak Das, Chief Creative Officer, Leo Burnett, South Asia.

Gaur joins the agency from M&C Saatchi, Kuala Lumpur. He has a robust 10 years of experience, including stints at Grey and BBDO India, where he worked with Das.

On his appointment, Gaur said, “Most people I met prior to joining Leo Burnett, spoke with great authority about the future of advertising and how their respective agencies were going to define it. Raj on the other hand, spoke very fast, threw a million ideas at me. A million very good ideas. Now the truth is, nobody really knows the future of advertising. Not even that hipster on stage with the big slide on ‘storytelling in the digital age’. So when someone tells you that they love cool s**t and we should get together and create more cool s**t, you go with it.”

Welcoming Gaur on board, Das said, “I have met a multitude of creative people in my career, but Arjuna is one of those few people who personifies ‘creativity’. We have worked together for seven-eight years at BBDO India, and I love the energy he brings to the table. I love that he is a geek, I love that he understands human behaviour, applies it to his craft, and makes the ad-meet-the-tech-meet-the-idea. And most of what he knows is self-taught. He is truly an all-rounder, and I am happy to have him on board the Leo Burnett ship.”

Gaur is a passionate and energetic creative professional, with several award-winning campaigns to his name. He has worked across categories and brands, his most well-known work being the ‘I Feel Up’ campaign for 7UP, Quaker Oats’ ‘Make India Heart Healthy’ and ‘Art By The People’ for GE India among many others. He has won multiple awards for his campaigns at Spikes Asia, Effies, The One Show and the Kancils in Malaysia.

Gaur has another uncommon hobby, probably unheard of by most. He enjoys dismantling old, rare Mac computers, refurbishing them himself and making them functional. “We all tend to revisit the defining decade of our lives.  My parents are from the 60’s so they listen to the Beatles and Pink Floyd. I’m a child of the 90’s, so my version of the Beatles is an old Mac running OS8 and the gentle whirring of a floppy drive,” he says, about his passion.