When a client doesn’t pay you, you have full creative power. He need not tell you that this needs to be in green or red, says the Japanese illustrator 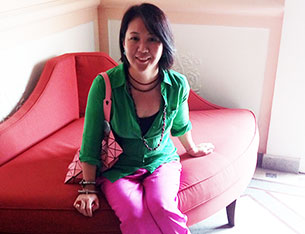 When a client doesn’t pay you, you have full creative power. He need not tell you that this needs to be in green or red, says the Japanese illustrator

Yuko Shimizu, a multi-awarded Japanese illustrator based in New York, has worked with clients such as Nike, Gap t-shirts, Pepsi cans, Microsoft, Target ads and many more brands. Shimizu has also been on book covers of Penguin, Scholastic, DC Comics and on pages of NY Times, Time, Rolling Stone, New Yorker and many other publications.

In her address at the Kyoorius Designyatra, which was by far one of the most entertaining, engaging and humorous sessions, Shimizu told the audience about 10 things she learnt in her career. She began by advising the audience to dream big while being realistic.

The 10 things Shimizu advised the audience:

Explaining some of her points, Shimizu said that sometimes one has to learn to say no. The client cannot come to you at the last minute and tell you to work for him. Once you turn down the job, someone else will do it. One need not worry about whether the job is done or not.

When a client doesn’t pay you, you have full creative power. He need not tell you that this needs to be in green or red or advise you at that time. At that time one has to say no and do what you feel like.

Shimizu shared how clients can be demanding when it comes to illustration. Once she worked on multiple illustrations for a magazine called ‘Utne’ until the editor finally liked the creative. Concluding, Shimizu humorously quoted that incident, “We know what we want when we see it, so can you show it?” Well that is probably something that clients expect from creative people or agencies. They know what they want only they see it and showing them what they want remains a challenge.