“Variations in Pre and Post evaluations will continue to exist because of the fidelity. The industry should, in my view, invest in much more sophisticated predictive tools than what is being done now” 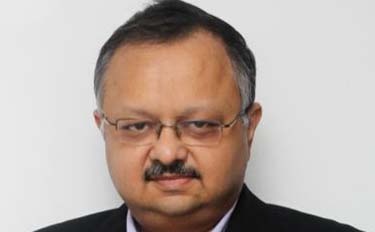 “Variations in Pre and Post evaluations will continue to exist because of the fidelity. The industry should, in my view, invest in much more sophisticated predictive tools than what is being done now”

It's been a year of BARC reporting all India data including Rural. Usually people compromise on speed to ensure a smooth ride. How has your ride been?

It's been a tremendous ride. Riding the tiger in a way, but a tremendous ride no doubt. In the international measurement industry, BARC is now known to be the fastest to get things done on a scale that we have. We have had the support of the Board and the Technical Committee in all our moves till date and that's a tremendous achievement for the Management team.

We are a joint industry company and have to manage opinions of a lot of stakeholders. Our speed many a time does not reflect in some actions due to the multi-level consensus we have to achieve. Measurement is a team sport and unless all players play the game together in all aspects, we will not hit the goal.

In the driver's seat

A lot of people say it's a hot seat. How hot is it?

Well, red hot (laughs). I doubt how many CEOs in any other business get threatened of being maligned, of getting raided, and what not. I have learnt to laugh it out but the fact remains that all kinds of pressures come and go.

How would you answer those who question stability of the data?

What do you mean by stability? If your question means that is the data always stable, the answer is no because it is not meant to be. Are all your evenings the same? Are all weekends similar? Week on week? For 52 weeks? In which case why would you expect the ratings, which reflect individual viewership of 675 million individuals, to be the same?

BARC invested in technology which provides high fidelity data and picks up changes in TV consumption by an individual and household accurately. It responds to external stimuli like floods, power cuts, holidays or distribution changes. And similarly to programming changes like change of story plot or effect of big breaking news. So, to answer your question directly, it is as stable as it could be. Yes, there is obviously scope for improvement by making the data more robust through more sampling and more meters but there comes in economic issues of affordability of the industry as a whole.

So do you say fidelity and stability cannot go hand in hand?

Not at all. I reiterate that they are already going hand in hand. I’m always saying that there is high fidelity in the data and it is absolutely stable. Some people have wrong notion that fluctuation is instability but the fact is that that is fidelity.

A few media agencies are not happy with the fluctuating data. Your comment.

When the agencies started using the software last year, they came back to us with a lot of requests to change parts of the software. As you are aware, we use a time-tested software used in about 27 countries. In just a few months, we modified and issued 16-17 software upgrades, which personally I was very nervous about. No software provider typically does that, you know.

The last issue that remains is the issue of Pre and Post evaluations and the variations that exist. We have got this fully checked by industry appointed consultants and it is clearly an effect of the fidelity of BARC’s data. If one plans with data of month X and uses it for month Y, it does give variance. Because month X may have say an IPL and month Y may have a huge breaking news like, say, the surgical strikes. Channels and genres and day parts will behave very differently in different time periods as well. Hence, logically there will be variance. There are clearly viewership cycles and we all know that. April to June viewership goes down while July onwards it goes up at total level.

The industry should, in my view, invest in much more sophisticated predictive tools than what is being done now.

As you may be aware, media agencies have made stability a shield to shift to CPT buying. Does this mean that fidelity will come in the way of CPT buying happening ever?

BARC is not involved in the CPT discussion. CPT or CPRP is about a trading currency between buyer and seller of inventory. We are a measurement company.

Some media agency heads say that BARC is supposed to give a solution by next month? Is it creasing (ironing or averaging) of data like TAM? If not, what are the possible solutions in front of you?

BARC is not giving a solution but is working with some representatives of some media agencies and advertisers to figure out a benchmark with the data we have. Data will not be changed. If somebody wants the data to be smoothened, like what you are alluding to, they should go to the Board. It is the principle decision that the BARC board took long back that data will not be smoothened and will remain as it is.

In the driver's seat

What about broadcasters – have they understood the BARC system?

Mostly yes. Most evolved broadcasters understand our data and know how to use it. The only issue lies with targeted channels or niche genres. Our sample size is not enough for giving very granular data the way they have been used to. We still continue to provide it and it definitely has high fluctuations. There is a statistical concept of relative error which we find very hard to explain. In India we provide a software that allows you to cut the data into more than six and a half thousand ways. Most evolved markets like the US, France, etc., have significantly lower cuts while the UK allows only 52 cuts. We over-segment the data to the point that it is not useful. Globally, these channels are never reported the way it's done here. We are consulting the industry with a proposal to correct these anomalies.

A few broadcasters complain that the barometers aren't evenly spread out in the rural markets across the TV watching states. How would you address this complaint?

BARC is a joint industry body and it went through a full consultative exercise along with broadcasters through roadshows about spreading out the barometers. So what is the point in complaining now? As far as BARC is concerned, we haven’t received any such complaint.

Again, here one has to understand that urban areas and specially Mega cities have heterogeneous populations which require a significantly higher sample. On the other hand, rural areas are more homogeneous, their language, tastes, etc., and hence require smaller sample.

You have been circulating guidelines on claiming leadership by the channels from time to time. Still we see a lot of non-compliance of those guidelines despite their knowing that they will be pulled up. But their job is done once their ad has had its run. Is there any way to stop it?

I keep on saying this to all broadcasters that BARC’s duty is to give out the data. It can only give you the guidelines about how to use the data. If you are not following that and put out any ad which is not as per the guidelines, anyone in disagreement with the ad is free to go to the Advertising Standards Council of India (ASCI) to complain about that. BARC is neither a policing body nor a regulatory body.

A common complaint against TAM was that the sample was compromised on the ground. TAM always denied it. What is it like in BARC?

There is a big ground issue. Even today some groups of people are regularly trying to compromise the panel, especially in some markets. Unfortunately, this has been a business for some people since long. We have been identifying these and quarantining these homes regularly and churning the homes. We are also requesting some broadcast bodies to come and help us stop this problem. We know these channels and these middlemen and are constantly tracking them. We will expose them with the help of industry bodies time and again.

How has ‘Alpha club’ benefited the subscribers?

Alpha club has evolved pretty well and benefited a lot of advertisers and broadcasters in clear targeting of audiences as per requirement. We are now proposing something bigger which is a different software for targeted and niche channels. This software will not work on weekly or daily kind of reporting; it will work on lower frequencies. The consultation for this is on right now with all the stakeholders whether it will be useful for them.

Is BARC on its revenue target and how are you planning to increase it?

We are completely on our revenue targets and we have started making a small profit beginning last year.

Smaller agencies, broadcasters, publishers and advertisers complain that your subscription is way too costly for them. Even if they make small contribution of 15-20 per cent to your topline, isn’t that important enough? What are your plans to bring them on board?

As far as different packaging of module is concerned, our complete data is available for all. We launched EMI schemes for smaller channels for their one-time watermarking investment which they can pay in two to three years. Besides that our subscription fee is linked with the revenue of the subscriber. So if the subscriber is a regional channel with small revenue or a small agency with limited revenue, the subscription cost is according to that. We started reporting with 277 channels and currently we have 500+ channels on board.

After running the operation for more than a year, what do you think is the biggest challenge?

If you are asking me to single out one large challenge, it is lack of qualified talent. This is at both demand and supply side of measurement. Unlike many parts of the world, India is a large and complex market with multiple languages, multiple markets and multiple genres of content. This is quite a challenge for statisticians. American systems find it difficult to handle Hispanics vs non-Hispanics whereas in India you know how many language markets are there. We need people who understand statistics, analytics as well as the market and domain realities. The malpractices in the market make the sampling all the more difficult. We are always looking for great talent for this – both in India and from global markets. Our more evolved customers also face the same challenge – we hear about it all the time.