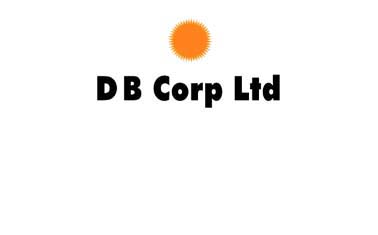 Dainik Bhaskar was awarded ISO-9001:2015 certification for Quality Management Circulation Distribution Systems. The Audit Bureau of Circulation’s (ABC) latest results for January-June 2016 declared Dainik Bhaskar as the largest circulated national daily in India consistently for the last five times. Dainik Bhaskar has also been ranked as the world’s fourth largest circulated news daily by WAN IFRA, the World Association of Newspapers and News Publishers, making it the only Indian language news daily to feature among the world’s top five most circulated newspapers.

My FM has also launched three new frequencies in Hisar, Karnal and Rajkot over July and August 2016 out of the 13 acquired frequencies, during phase III radio auction. On the digital front, Homeonline.com was launched in Bhopal and Raipur on Aug 1, 2016 with the objective to better serve property seekers in tier 2 and tier 3 towns (DB Market).

Commenting on the performance for Q2 FY 2016-17, Sudhir Agarwal, Managing Director, DB Corp Ltd said, “Our performance till date reflects a strong top line growth with an even better profitability growth despite a challenging market situation. We are also pleased to share that Dainik Bhaskar is probably the only newspaper in India to be ISO 9001:2015 certified for Quality Management Circulation Distribution Systems, which acknowledges our commitment to efficient processes. As we grow, the following operational and strategic areas will continue to be important: maintain market share and consolidate our leadership, strengthen the Bhaskar brand recall in a competitive environment and fortify client relationships. We will also maintain a stringent control on operating efficiencies and processes which has played a defining role, engage more meaningfully with our communities and ensure that we actively leverage positive macroeconomic trends that will propel higher news consumption across platforms.

As our editorial strategies remain at the core, we are also very excited with our non-print segments, as MY FM extends presence in three new stations of Hisar, Karnal and Rajkot that strengthens our local focus to deliver better value to advertisers. Our digital initiatives are on course as we expand our forays into specialty genres to acquire new users. On an overall basis, with several initiatives of economic reforms underway, good monsoons to support agricultural production, the near term domestic outlook is encouraging and expected to supplement overall economic growth.”