Working with one the best brands and having tie-ups with agencies like Mindshare, the content company is sure to make it big in the years to come 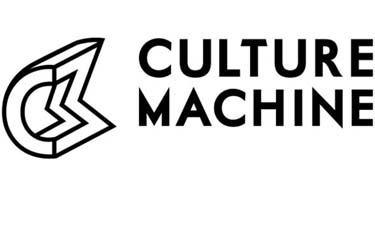 Working with one the best brands and having tie-ups with agencies like Mindshare, the content company is sure to make it big in the years to come

Content can be engaging, detaching, abusing, praising, inspiring and creative -- it is the core of all communication. Indian audience has grown from an era of Ekta Kapoor’s never-ending serials to the finite and web series. Over the last decade, there has been a drastic change in the way people consume content.

Lately we’ve seen how digital content is appreciated more than television. A lot of youth prefer watching relevant content on their private screens than the bigger one. Companies realised this long back and started working towards making such content; however, with digital, content creation is no more a challenge.

Culture Machine realised this in 2013 when they started making content. While creating content is only one of the things it does, Culture Machine also has IPs in the tech space -- intelligence machine and video machine. Founded by Sameer Pitalwalla and Venkat Prasad, Culture Machine Media began with a vision to create an engaging digital media company that creates entertainment for the internet generation.

Since then the company went on to find the right kind of people with the right skills. Pitalwalla’s experience in UTV helped him a lot. Having tried, tested and failed in UTV, it was easy for him to build his strengths along with Prasad’s technology to give the right blend to the audience.

A lot of the core team at Culture Machine joined Pitalwalla from UTV. There has been no stopping from there on. While the journey of a company begins with a website and then pages and channels on social media, one of Culture Machine’s first channels, Being Indian, was a YouTube channel. The channel later had a Facebook page and merchandise and recently the website- BeingIndian.com. Catering to the youth across the country, Culture Machine is so far the fastest growing digital media company.

According to Pitalwalla, the digital medium has evolved to have a rich dialogue with its consumers, making it the most important tool for brand communication. To create state-of-the-art digital video productions for brands and consumers alike by identifying and engaging with the right audience has been the purpose of building Culture Machine and Pitalwalla hopes to influence generations of South Asian audience with cutting-edge story telling.

The company has been constantly buzzing since the last few months. Having sought a tie-up with Mindshare India for its content lab, Culture Machine has done great work with brands. Explaining a drawback with creative agencies, Pitalwalla says they are somewhere restricted when it comes to creating content for the digital platform. While they are great story-tellers on television, Culture Machine’s expertise helps them when it comes to creating stories or content on the digital platform.

The company is rapidly doing tie-ups with brands, agencies, personalities and lot more. The list of tie-ups is never-ending, the latest one being with nexGTv, where the over-the-top player will get access to content on Culture Machine’s core platforms.

While it is early days for Joshi in the organisation, it seems he is a man with a plan. Content being their strength and numbers already proving that for various brands, Joshi looks at OTT players as clients. The company is looking forward to work with more players in the industry as this will benefit them and the player.

Tuhin Menon, Head, Business Development and Talent, Culture Machine, too has played a key role in the journey of the organisation. From getting the right kind of brand associations and talent to working closely with content companies, media publishers across various geographies is something that Menon takes care of. The key focus remains in growing the audience across digital platforms and weaving a great native-to-digital experience.

Culture Machine has worked with brands like Dove, Vivel, Sprite, celebrities like Amitabh Bachchan, Kalki, Radhika Apte, Aditi Rao Hydari, Nawazuddin Siddiqui and Emraan Hashmi to name a few. The platform also promotes some YouTubers and has a vast library of content in Tamil and Telugu as it recently acquired Viva, a Telugu channel on YouTube.

Blush shows content which is a voice for women. The channel has already garnered some brilliant eyeballs and a great message in its latest campaign #AbSamjhautaNahin. Their previous campaigns on the platform too have had a strong message and intended to bring in a change to the Indian society.

Awesome Sauce is a food channel while BeingIndian has some engaging content for masses. Epified has content on Indian history. Culture Machine also has a mythology platform which is one among the remaining channels.

The company has received a $21.5 million funding in a span of two years from Tiger Global, Zodius Capital and Times Internet. Culture Machine is storming the digital platform with over 500 content creators across multiple genres of entertainment. The organisation has rapidly grown fuelled by the appetite among advertisers and audience, adding top talent in its engineering, creative and sales force, consequently leading to an expansion of both its media and technology products.