In his new role, Paul will lead sales and marketing for the organisation 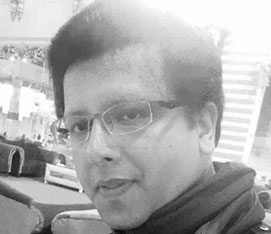 In his new role, Paul will lead sales and marketing for the organisation

Ankit Paul’s recently formed company MediaVdia has merged with The Zero Games, a Mumbai-based technology company that does native advertising in premium games, augmented reality and virtual reality mediums by using programmatic platform. With this merger, Paul has been appointed as the founding member and chief growth officer at The Zero Games and will help the organisation scale up its business growth.

Commenting on his new role, Paul said, "Brands have been looking forward to solutions on native advertising on the digital fronts. Digital has grown up tremendously in the last decade. In the entire ‘digital advertising’ ecosystem, mobile native advertising on games, AR and VR are still at a very nascent stage but with the growing penetration of mobile devices and data usage, the growth opportunities are now immense. We are looking to hit the market with the right mix of key strategies and right products, and create a long term and profitable value chain for ourselves.”

Ankit has had his successes in various organisations. He has worked with some of the best organisations in the digital world such as Times Internet, Network18, Vdopia and SilverPush. He is a seasoned sales and marketing professional with more than 13 years of experience in different domains and around a decade in the digital advertising space.

Adesh Sarwan, Co-founder, The Zero Games, said, "Our ad format follows the IAB guidelines where we count one impression, which is a cumulative of 10 seconds of exposure of the ad to the user. This is something that we consciously did to try and bring in the television format of advertising into digital too and thereby charted out our own unique format too. There have been ads inside games previously but it was all static and one needed to work with developers to integrate it. The whole cycle would take a month’s lead time. With PLAKC, it is instantaneous.”

Sarwan further said, “We are delighted to have Ankit on board as one of the partners and Co-founder to guide us with his immense experience in sales and marketing.”

Explaining what makes PLAKC work, Arjun Chadha, Co-founder and CEO, Zero Games, said, "PLAKC is a dynamic in-game advertising platform that works on the psychology of an immersed gamer. Consumers spend more and more time on mobile devices, which are becoming an important place for brands to be. However, the existing advertising formats are still a hangover of previous mediums like website and desktop. Mobile has a limited screen size and with the continuous exposure to banner and pop up ads, consumers have trained their eyes to ignore them. They also have installed advertisement blockers. The impact of these advertising formats on consumers is little to nothing. Herein comes our product where we serve native ads inside casual mobile games. These ads become a part of the environment and are perceived as ‘real’ by the gamer, creating subconscious brand recall. When the gamer is playing the game, he is so immersed in it that he starts noticing everything in the environment and it is at this moment that he sees a brand and remembers it.”

The Zero Games, which is less than a year old, has introduced its own native advertising platform -- PLAKC. The platform aims to cater to the exponentially flourishing digital advertising industry. Zero Games, which has been positioned as a channel between game developers/content ecosystem and the marketers, has also established its gaming studios. The platform is adding more features. What also makes it attractive for a marketer/advertiser is to be able to dynamically change advertising creative on the fly and also be able to see the campaign's performance.