ZEEL enters the US Hispanic market

The broadcaster is set to conquer the second-largest spoken language market in the world as it launches ‘Zee Mundo’, the first-ever Spanish-language Bollywood movie channel 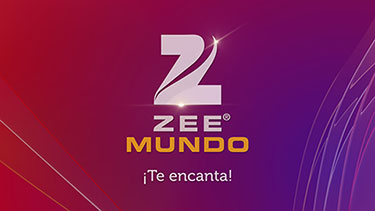 ZEEL enters the US Hispanic market

The broadcaster is set to conquer the second-largest spoken language market in the world as it launches ‘Zee Mundo’, the first-ever Spanish-language Bollywood movie channel

Amit Goenka, CEO, International Broadcast Business, ZEEL, said, “Both the markets share strong cultural similarities in terms of family structure, socio-economic conditions, food, music, art and culture. We are confident that Zee Mundo’s programming will cross frontiers with storylines and themes that are relatable to the Hispanic audience. With Zee Mundo, we have an exclusive Hollywood-quality product that is designed to attract and captivate Pay-TV subscribers through the best of Bollywood productions.”

Rajeev Kheror, President, Strategy, International Business, ZEEL, added, “With top-rated, worldwide blockbuster masterpieces, our goal is to make Zee Mundo such an entertainment destination that Hispanic market has ever witnessed or imagined before. Zee Mundo will bring Zee’s entire library of HD movie titles to Latino audience across the US, meticulously dubbed in Spanish, crossing five genres (action, romance, suspense, drama and comedy) and featuring some of the world’s biggest movie stars, including Priyanka Chopra, Shah Rukh Khan, Anil Kapoor, and Irrfan Khan.”

Javier Lopez Casella, Head of Business, US Hispanic and Latin America, ZEEL, said, “Showcasing a sensational foreign film genre that is feverishly adored by more than a billion fans, Zee Mundo will premiere global blockbusters and feature the biggest worldwide stars the Americans have yet to fully discover. After successfully capturing the US Spanish market, we will be expanding over the next few months, into other LATAM markets including Mexico, Argentina, Colombia, Peru and Chile. Zee Mundo is available on Dish Latino, the first of several planned distribution deals in the US Hispanic market, which will eventually take the channel to other LATAM countries as well.”

Zee Mundo’s head office is located in Miami, Florida. More information on Zee Mundo is available on its website www.zeemundo.com.

Tags: ZEEL US Hispanic market
Advertisment
More from this section