The Hinduja Group, which has merged its cable and HITS business for synergy, intends to digitise about 10-15 million homes. HITS will benefit the 60,000 cable operators who have built their business over the last 25 years 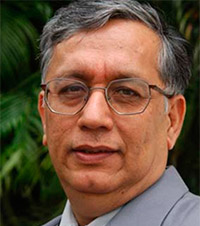 The Hinduja Group, which has merged its cable and HITS business for synergy, intends to digitise about 10-15 million homes. HITS will benefit the 60,000 cable operators who have built their business over the last 25 years

Digitisation of television services has been going on for a couple of years in India. Broadcasters, direct-to-home players, multi-system operators and other related businesses, including distribution, have been constantly working towards digitisation since the first phase.

The Hinduja group recently merged its cable television business with its head-end in the sky (HITS) business. Mansukhani said hearings on the merger have just started in the High Court. “It will take some statutory time. We have also written to the Ministry of Information and Broadcasting. The merger will take place only after the High Court and the government approves it. The target date we have requested is October 1, 2016. Normally this process takes three to four months,” he said.

Both the companies are in the digital space. The merger is a move to bring synergy between IMCL, which has been a cable player from 1995, and Grant Investrade Limited (GIL), which started the HITS service in the end of 2015. Grant uses state-of-the-art MPEG4 technology and is able to offer 500 channels. IMCL being a legacy player has a limited capacity of channels and uses MPEG2 technology. By bringing them on a common platform, one major distribution agency will be able to offer whichever service an operator or customer wants.

Asked how the group is preparing for phase IV of digitisation, Mansukhani said, “We are completely prepared. We have installed 700 cable operators’ equipment, COPEs as they are called. The only thing is we actually need to know is that if phase IV will actually launch on December 31 this year.”

There are about 110 million digitised homes in India and Hinduja Ventures is eyeing 10-15 million homes. Between IMCL and GIL, the group has about 3.5 million homes.

On FDI, Mansukhani said, “If there is certitude on the digital part, both for the balance of phase III and phase IV and there is a balance regulation, which is equally favourable for the broadcaster and the MSO, then FDI will come in.”

When asked about amending licence conditions of MSOs, HITS and DTH operators, to enable infrastructure sharing among different distribution platform operators as per a consultation paper by TRAI, Mansukhani said, “This has been our request. The white label service is meant for those operators who were analogue operators in the past, who have taken digital licenses in phase II or III or IV or even in phase I and who don’t wish to engage in putting up a head-end, doing broadcast negotiations, doing quality of service, having a 24-hour call centre. If they only want a neutral facility provider, provide them with the signals, we are willing to provide it through the HITS platform and white label service. All broadcasters are on board except one, who has a competing interest whether in DTH or in cable or in broadcasting. Once this sharing happens, then it would actually help the industry.”

Mansukhani elaborated on the problems that the industry was facing. “It is because the regulations that have been in place in India from 2004 onwards are still rated heavily in favour of broadcasters. In view of a series of discussions, TRAI is working on a set of series of solutions for interconnecting these contracts, tariffs and quality of service and customer service norms. We expect these to come by the end of September or early October.”

There are about seven DTH players, 60,000 operators, 6,000 ICOs and about 1,000 MSOs. Cable subscription constitutes about 65 per cent and DTH about 35 per cent. The 60,000 cable operators have built their business over the last 25 years. If there is only DTH, then they would have a problem with their livelihood. HITS is meant for them. Mansukhani said, “The idea was if you are a HITS operator or customer, you can either become a franchisee which means I will give you full service, or you become my business partner where you take the license from the government and the backend services from me.”