The author, a mainline media senior editor, expresses the angst and frustrations of zillions of viewers when channels abruptly end long-running serials 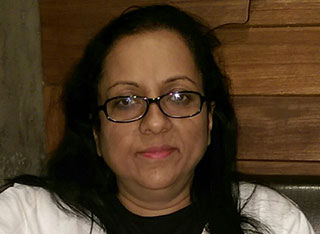 The author, a mainline media senior editor, expresses the angst and frustrations of zillions of viewers when channels abruptly end long-running serials

Yes, the diya just went out of my life. A sense of emptiness has taken over my life. Can a television show do that? The Star Plus serial ‘Diya aur Baati Hum’ has come to an end, abruptly. I say abruptly because for days we were shown promos of the supposed finale where the martyred Sandhya was being given a farewell by the police department. Sandhya and Suraj were also shown submerged in a lake swearing undying love for each other. But none of that actually happened. So, in what looked like the penultimate episode, Sandhya and Suraj are killed by a remote bomb. Whoosh…. Then Sandhya’s mangalsutra goes flying in the air against the backdrop of a setting sun. So that signifies the milan of Suraj and Sandhya, right? Fair enough. Bhabho’s eyes well up with tears. My tears threaten to choke me too.

But that’s okay, I console myself, because I will bid goodbye to television’s popular couple on Sunday (September 11). I couldn’t have been more wrong! When I switch on the TV at 9 PM sharp the next night, it’s a horror show in front of my eyes! Well, what else can you call a Hindi slapstick comedy with lewd dialogues, the mandatory bump-and-grind, an over the top storyline and three heroes and three heroines?

So this is only an aberration and Diya will come back on Monday, I again tell myself.

I am hopeful but there’s a sinking feeling that refuses to go away. Unfortunately, Diya has gone for forever snuffing out my hopes too. A new serial has taken its place. Hey, so not even a decent farewell for us loyal viewers from the Rathis? For five years, we have given Sandhya and the Rathis a place in our heart. We have supported Suraj’s effort to help Sandhya become an IPS officer; we have lauded Sandhya’s daring missions for Bharat Mata. We have laughed with the Rathi parivar, we have cried with them. So what about us now, we, the viewers, who gave the channel all the TRPs which they gloat over every Thursday when BARC comes out with the ratings? The nation, read the zillions of viewers, is feeling cheated. Check Twitter, Instagram or FB. Viewers are complaining about the ‘void’ and looking forward to the next season, if that happens at all.

Why does a show become such an integral part of our lives? Take the case of Bigg Boss on Colors. We make fun of the contestants, show indignation when they lambast each other and many of us will not even admit we watch the show out of embarrassment at the childishness of it all. But the minute the show ends after more than three months, it’s almost as if we are suffering from post-vacation blues. With Season 10 round the corner, party time is round the corner, folks!

Years ago, it was the same with Kyunki... For close to a decade (okay, perhaps that’s an exaggeration), Tulsi’s life kept us hooked…till the serial abruptly went off air. In a sudden twist of fate, Kahani’s Parvati was aiming her gun at Kyunki’s Tulsi… So Parvati became the villain, oops the vamp. Oh, what was happening? Before we could even find out, Tulsi and Parvati were spirited away, literally. The serials ended even before we knew what had happened! The fact that Tulsi fired salvos at Rahul baba and earned a ministerial berth is another story altogether.

Dear Hindi GECs, as you like to describe yourself, do you have to shortchange your viewers this cruelly? You earn your precious ratings – and thereby your bloated toplines – courtesy us, viewers, millions of us. Is it fair that you plug a flailing story line for almost half a decade and don’t even have the courtesy to bring the curtains down with better grace? It’s an investment we make as viewers, in terms of precious evening time at home that you like to call Primetime.