From an executive to a manager and now AVP Operations, Shah’s journey has been amazing ever since he joined the agency 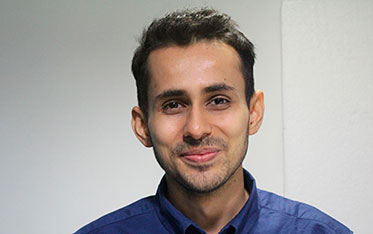 From an executive to a manager and now AVP Operations, Shah’s journey has been amazing ever since he joined the agency

Born and brought up in Surat, Sahil Shah, AVP, Operations at WATConsult, is a grounded person and comes from a family with a business background. Till his XIIth grade, he was in Surat, after which he studied BMS in Mumbai. And ever since, he has loved the city.

During his tenure in Mumbai, Shah learnt that his interest lies in marketing and not events that fascinated him at one time. He slowly started attending marketing lectures during his graduation and then did his diploma from EMDI in Mumbai.

Having understood that marketing or advertising is something that he wants to pursue, at the end of his graduation, he started giving interviews at different agencies. Shah jokingly said, “I was rejected in 12 jobs for various reasons. The 13th job was of a sales man and finally I took that job and quit that in four days. I realised that this was not something I wanted to do, hence started looking for something I wanted. It was during that time that I was looking at a business magazine wherein I read about how brands are adopting social media. This was way back in 2008-09.”

He then went to a popular blog which featured top agencies in social media then. Shah wrote to all of them that day and didn’t get a call from anyone for a while. One day he suddenly got a reply call from Rajiv Dingra, CEO and Founder at WATConsult. During his interview, Dingra asked him a few questions and hired him the next day. Shah exclaimed, “On the third day, I was working on five brands. After that, the journey has been an upswing.”

Shah has been with the agency since 2009 and has worked with about 200-300 clients across categories. He started as an executive, then became manager and is now AVP, Operations, at the agency. His strength lies in the fact that he is a people’s person and has a problem-solving attitude, which helps him deal with his peers. At the same time, he feels that his weakness lies in not being a great ideator for brands.

It was difficult for Shah to decide which piece of work was his favourite. One work that stood out for Shah was the one for Tata Chemicals. The task for the company was to encourage students to opt for chemistry. Tata Chemicals being in the business decided to make the life of students easy by launching an interactive website which solves chemistry problems easily. The campaign was a hit as students liked engaging with the website for their chemistry problems.

Another interesting piece of work which Shah was a part of was a campaign for Sony Pictures Network (SPN). The task was to get people to view the NBA on Sony Six at 4:30 am IST. Shah worked with SPN to create a digital and social media campaign, which targeted existing and new fans of NBA. The campaign was successful as fans ended watching the match in the morning.

Although he has won over 60 awards, he says his real achievement is in the fact that people accept him as a leader. At a personal level, Shah is a very private person. Typically his day starts by reading news for about half an hour. After that, he looks for an interesting piece of creative across the internet or via his sources. He then looks at how his day looks like (mostly meetings outside office) and carries on with that.

As a habit, Shah is on his toes from 7:30 am and ends his day by 8 pm. He said that as an organisation, WATConsult doesn’t encourage employees to work late as it shows inefficiency. On asking if Rajiv has been a role model for him, Shah said, “Rajiv has been more of an enabler. I have learnt a lot from him. I don’t see anyone as my role model as of now.”

Some of Shah’s work is as below: