Till recently, Pakistani shows constituted more than 70 per cent of the channel’s total international content 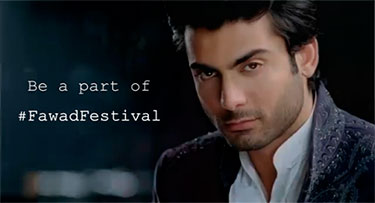 Till recently, Pakistani shows constituted more than 70 per cent of the channel’s total international content

Subhash Chandra, Chairman, Essel Group and Zee Group, tweeted on Friday, September 23, that the network’s channel, Zindagi, would remove all Pakistani content from its airtime. His tweet came close on the heels of the Maharashtra Navnirman Sena, a political outfit in Maharashtra, demanding that all Pakistani artistes must leave India immediately.

Chandra tweeted on September 23: “Unfortunate stance of Mia Sharif at UN. Zee is considering stopping Zindagi programs from Pak, as well artists from there should leave.”

While the Twitter community speculated if the channel would shut down, Chandra cleared the air on September 24, saying: “Will not shut down Zindagi channel but revamp programming without serials from Pakistan, we will have Indian subjects on Muslim community.”

Zindagi was launched with a promise to bring in content from all over the world and introduced three shows from Pakistan. It grabbed decent ratings and attracted a lot of viewership in India. Recently, the channel announced a revamp of its content from October 3. It moved its brand positioning from 'Jodey dilon ko' to 'Yeh hi hai Zindagi'.

Till recently, over 70 per cent of its international content had been from Pakistan. As of date, about four shows are Pakistani, and it remains to be seen how the channel fills the vacuum created by the sudden absence of these shows.

All attempts to contact Sunil Buch, Chief Business Officer, ZEEL who heads the Zindagi channel, failed but market sources said an official announcement is expected to be put out on Tuesday, September 27.

The channel has been raking good viewership numbers, and hence good advertising monies, on the back of Pakistani content. The channel may face trouble stabilising its viewership as a major chunk of viewers will feel cheated with the shows going off air suddenly.

In a breather for the channel, a couple of Turkish shows such as Fatmagul and Feriha have gained some amount of popularity on the channel. Another Turkish show, Little Lord, is on its way.

As for new and upcoming shows, the channel announced the launch of Teri Meri Jodi, a co-production with Pakistan’s Geo TV. It remains to be seen if the channel will continue with its plans to bring in the show.