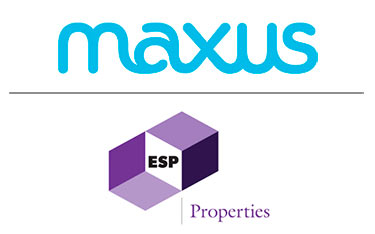 Maxus has won the media mandate for Janalakshmi Financial Services (Jana). The account will be handled out of the Bangalore office of the agency.

Maxus and ESP Properties, GroupM’s specialised arm for entertainment and sports, orchestrated the first association of Jana with the Board of Control for Cricket in India (BCCI) as an official sponsor for a period of three years. Jana will be the official financial services partner of the Indian cricket team besides grounds right giving the company visibility on the field. The agreement also gives Jana benefits of prominence in stadium branding and on-ground advertising for 68 matches in three years across the three formats.

Kartik Sharma, Managing Director, Maxus South Asia, said, “We firmly believe in crafting unique associations for our brands to garner greater visibility. We are extremely happy for being able to partner Jana and helping them sign up with BCCI as the official financial services partner of the Indian cricket team. We are confident that this three yearlong deal will help build great saliency to Jana.”

Vinit Karnik, Business Head, ESP Properties, said, “We are elated to have stitched the entire deal for Janalakshmi Financial Services. Cricket is a religion in India cutting across masses. With the national team on the verge of regaining the numero uno spot in Tests, being ‘Official Sponsor’ of BCCI serves as an ideal launch pad for the brand. We believe the partnership with BCCI for the next three years will help garner great visibility during India home series and establish a prominent presence for the brand. Besides, what better way for a brand to embark on a relationship with the sport than India’s 500th Test!”

Puneet Narang, Chief Marketing Officer, Janalakshmi Financial Services, commented, “We welcome Maxus on board and look forward to creating unique campaigns together. Given the scale of our operations, we were looking for a property that resonates across various segments of the society. What better way than cricket! Maxus had introduced us to this significant series, which happens to be India’s 500th Test which we felt was a significant platform to commence our brand journey. Standing true to our philosophy, we went ahead and instituted an award called ‘Jana Bankable Player’ which will be given to the most bankable player who shows consistency and performance through the match as decided by audience votes and commentator analyses. This is a metaphorical representation of how dependable Jana is as an organization to its customers as a player is to his team.”