In his new role, Rangnekar will work with individual brand teams to help them take the company’s strategy product to the next level 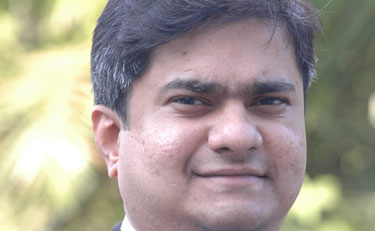 In his new role, Rangnekar will work with individual brand teams to help them take the company’s strategy product to the next level

Lodestar UM, part of the media agency conglomerate IPG Mediabrands, has appointed Nikhil Rangnekar as Media Consultant. Rangnekar has moved from Spatial Access where he was the CEO of the Media Audit and Advisory business. Rangnekar is based in Lodestar UM Mumbai and reports to Nandini Dias, CEO, Lodestar UM.

Dias said, “Nikhil is an industry veteran and we are delighted to have him on board. He has a varied background, having worked in various capacities driving strategy, business and audits. He brings in a lot of experience and strategic thinking which we intend to leverage.”

Armed with over 19 years of experience in the advertising and the media industry, Rangnekar started his career with Starcom in 1997 where in 14 years he climbed the ranks from a management trainee to executive director. In 2011, he quit Starcom to join Spatial Access. He is also the chairman of the marketing committee of IRS at MRUC.

Talking about his new role, Rangnekar said, “I am extremely happy to join Lodestar UM in the role of a strategy consultant. For me, it’s a prestigious assignment working with one of the largest groups in the world and in India.”

He said, “I will be working with the individual brand teams and help them take our strategy product to the next level. I will be working closely with the Labcentre team on the various proprietary researches and tools that IPG Mediabrands has and aim to evolve them in line with the changes happening in the media environment in India. If my last role was more about driving efficiency, the new role is more about driving effectiveness. I am proud to have got this opportunity to work with industry stalwarts like Shashi and Nandini.”