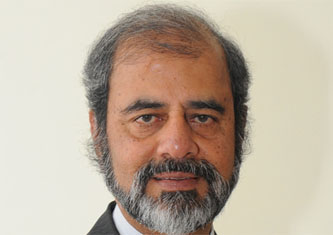 I Venkat, Director, Eenadu, has been unanimously elected Chairman of Audit Bureau of Circulation (ABC) for 2016-17. He takes over from Shashi Sinha, CEO, IPG Mediabrands who was the Chairman for the previous year.

Debabrata Mukherjee, Vice President - Marketing and Commercial – India and South West Asia, Coca-Cola India, representing the advertisers’ category on the council, was unanimously elected Deputy Chairman of the Bureau for 2016-2017.

Venkat is also the Chairman of Media Research Users Council (MRUC). He is a past Chairman of Advertising Standards Council of India (ASCI) and founder member of MRUC as well as Indian Broadcasting Foundation (IBF). Venkat is also on the Board of IBF, International News Media Association (INMA), and Broadcast Audience Research Council (BARC). He has also had a long innings at the Indian Newspaper Society (INS) as a Board member. He has been very active in both Print and TV industry bodies.