Buy a home when you dream of it, urges DHFL 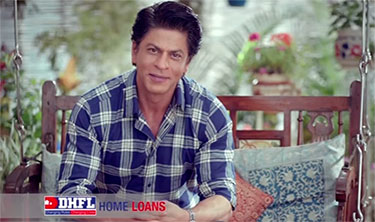 Buy a home when you dream of it, urges DHFL

Conceptualised by SapientNitro, Dewan Housing Finance Corporation Limited (DHFL) launched its new ad campaign ‘Home Loan Dilse’. It is an extension of the earlier Ghar Jaisa Loan campaign. This is the third ad campaign featuring brand ambassador Shah Rukh Khan to increase awareness and reverse the dilemma among the LMI segment in India to own a home of their own.

The ‘Home Loan Dilse’ campaign tackles a very pertinent question -- what’s the right time to buy a home or avail of a home loan? The campaign communicates relatable instances from various stages in people’s lives and affirms that the right time to buy a house is when you dream of a home. Right from getting married or after you have a child, from the desire to get rid of a nagging landlord to the need for more space to accommodate a growing family, the customer’s needs/reasons for buying a home are never-ending. The campaign message is appealing and connects with the real life dilemmas of the common man and affirms that the right time is now, strengthening the borrower’s trust and confidence in DHFL.

Sevantika Bhandari, Senior VP and Head Marketing, DHFL, said, “We are extremely pleased to roll out this campaign that focuses on building a conviction among the LMI segment with regards to owning a home. We at DHFL help our customers transition their dreams of owning a home into a reality. Our first campaign ‘Ghar Jaisa Loan’ was about dreaming of owning a own home, our second campaign was saying no to excuses and telling the customer that the right time to own your dream home is now, and the current campaign tells us that there is no perfect time; the time is now and when you feel like it, just take that first step and own your own home.”

She commented, “The association with Shah Rukh Khan has reinforced our connect with the target segment. Shah Rukh in all DHFL campaigns comes across like a friend, philosopher, advisor and an elder brother, talking to customers and urging them to take their first step towards home ownership.”

Shah Rukh Khan said, “The ad campaign has been executed in a manner that is simple yet appealing. There are so many instances when customers do not have the adequate resources to purchase their own home, it is then that housing finance companies such as DHFL help these customers achieve that dream. I am confident that the new campaign ‘Home Loan Dilse?’ will appeal to the rationale of the customers and encourage them to take a decision to own a home, thereby complementing the vision of DHFL to transform the lives of Indian households by enabling access to home ownership.”

KV Sridhar (Pops), Chief Creative Officer, SapientNitro, said, “The new ad campaign has been brilliantly written, acted and directed to address the dilemma faced by a consumer with regards to identifying the right time to purchase his/her own home. The campaign complements the previous campaigns launched by the company in the last two years. Shah Rukh Khan has immensely contributed in transforming the brand by creating further awareness and making it relatable to the common man who looks to partner or avail a home loan from a company he/she can trust.”

Nitesh Tiwari, Director, said, “I have been associated with DHFL from the launch of the Ghar Jaisa Loan Campaign. DHFL understands the customer and has captured the emotional moments in the life of people when they actually consider buying a house. Shah Rukh Khan is portrayed as an approachable and friendly person in this campaign. People can relate to him as a friend and as an advisor to help them take a decision to buy a home.”

The new ad campaign includes 35-second TV spots featuring in five languages – Hindi, Marathi, Tamil, Telugu and Kannada – in over 40 channels. The campaign will be leveraged on the digital, press and outdoor media for larger reach and impact among the target audience.