When Bollywood walks to Zee Marathi for promotions

In the last one month, the channel saw promotions from Sultan, Dishoom and Rustom among others on Zee Marathi’s ‘Chala Hawa Yeu Dya’, which is being compared to ‘Comedy Nights with Kapil’ because of its popularity 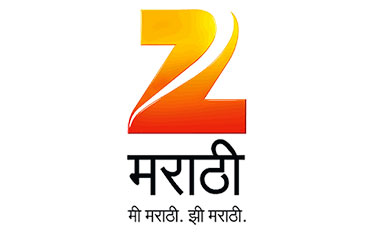 When Bollywood walks to Zee Marathi for promotions

In the last one month, the channel saw promotions from Sultan, Dishoom and Rustom among others on Zee Marathi’s ‘Chala Hawa Yeu Dya’, which is being compared to ‘Comedy Nights with Kapil’ because of its popularity

Zee Marathi from the house of ZEEL has been one of the favourite channels in Maharashtra and has been home to shows like Asambhav, Eka Lagna Chi Dusri Goshta, Honar Sun Me Hya Gharchi, Uncha majha Zoka entertaining the Marathi audience.

One of its popular chat shows, ‘Chala Hawa Yeu Dya’, has recently seen a lot of traction from Bollywood movies like Sultan, Irrfan Khan’s Madaari, the John Abraham and Varun Dhawan starrer Dishoom and Akshay Kumar’s Rustom. For about a month, one could see how Bollywood loves Marathi cinema and theatre. Bollywood actor Vidya Balan recently acted in the Marathi movie Ekk Albela directed by Shekhar Sartandel and came to promote her movie on the show.

While it is interesting to note Bollywood’s association with the Marathi channels, we asked Nilesh Mayekar, Business Head, Zee Marathi, on how it all happened. Mayekar said, “Bollywood approached our show because they saw a lot of Hindi audience viewing it.” He said the channel did not approach Bollywood to come and promote films on the show.

It has now become common for directors and producers to promote movies through shows such as ‘Comedy Nights with Kapil’ every week. This show has a similar format with a lot of humour in its content; the difference is that it is for the Marathi audience.

The show has consistently been one of the top five in the Marathi genre for a while now. According to data shared by BARC India for Chala Hawa Yeu Dya in Week 27 (TG: Maharashtra / Goa (U+R): NCCS All: Prime Time (1800 - 2330 hrs) 4+ Individuals), when Salman Khan came to promote his movie, the show garnered 2.920 million Impressions. The ratings dipped to 1.866 million Impressions in Week 29 when Irrfan Khan came to promote his movie Madaari.

Nayyar added, “It’s moving in that direction, but we will have to wait and watch as to what kind of popularity it gains and in any case the audience is restricted to Marathi only. Given that it could well be a ‘Comedy Nights with Kapil’ in Marathi kind of situation. It seems so for now.”

Anand Chakravarthy, Managing Partner, Maxus, said, “The show’s format has similarities and is in the comedy genre, so there is a natural comparison with Kapil Sharma’s show. The show has been on TV for very long and has been rating consistently well. So it is fair to say that it is an equivalent of the Kapil Sharma show in Marathi.”

Advertisers and sponsors are undoubtedly happy with the response as they are seeing traction from outside the Marathi entertainment industry.

While the show’s ratings fluctuate, it has a long way to go. It is not necessarily the ‘Comedy Nights with Kapil’ in Marathi but definitely a platform for Bollywood movie promotions.