Majority of Balki’s advertising years have been spent at the MullenLowe Lintas Group, India where he currently holds the role of Group Chairman 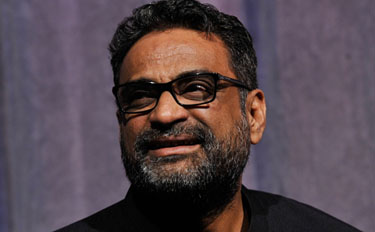 Majority of Balki’s advertising years have been spent at the MullenLowe Lintas Group, India where he currently holds the role of Group Chairman

R Balakrishnan, better known as Balki, has decided to say goodbye to advertising after a three decade-long career in the industry. The move was announced earlier today, through an internal communication, to the employees of MullenLowe Lintas Group, India.

Alex Leikikh, Global CEO – MullenLowe Group, said, “Balki has been the architect of the stellar agency we have in India today. He leaves behind an operation that’s successful and future-ready, a leadership team that’s perhaps the strongest of any agency in India, and a culture that he shaped along the way while himself leading by example. While we will miss his infectiously passionate presence, we wish him even greater success as a film-maker.”

Majority of Balki’s advertising years have been spent at the MullenLowe Lintas Group, India where he currently holds the role of Group Chairman. He joined the agency (then known as Lintas) in 1994, in its Bangalore office.

Speaking of his decision, Balki said, “We’ve been planning this for some time now. It’s been a long process of succession planning that concludes with my move. The agency is at its strongest today and I leave feeling satisfied, proud and excited. We have a fine leader in Joe and two world-class creative champions in Amer and Arun. The agency has given me more than 22 years’-worth in opportunities, growth, values and most of all, some friends-for-life.”

Balki started his career in Mudra, before moving on to Lintas, a place that he went on to make his home for over two decades. While with the agency, he’s been the brain behind several globally acclaimed campaigns and brand ideas. Under his leadership, MullenLowe Lintas Group has consistently retained its spot as one of India’s top agencies and a training ground for some of the best advertising minds of the industry.

Joseph George, Group CEO, MullenLowe Lintas Group, who has worked closely with Balki through all of the 22 years, said, “It is impossible and even foolish to try and replace someone like Balki; so we planned the transition differently. As early as July 2015, we put in place, a management structure that would help us move forward as an organisation, while also maximizing the potential and aspirations of great individuals we have. Balki and I have tried to think this through every step of the way, and it’s reached a place where we feel the agency is ready for today, and tomorrow.”

"There is no bigger happiness than to see a thought actually work the way you had fantasised. Lowe was a thought am proud of. Ok...next!" concluded Balki.