Jacqui Lim, the current MD of Singapore operations, will take over from Melvin Lim as the CEO of Havas Media Group, Singapore 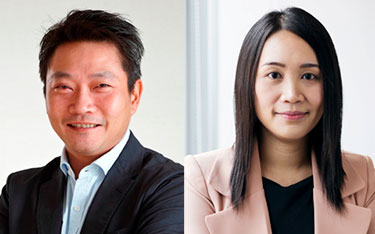 Jacqui Lim, the current MD of Singapore operations, will take over from Melvin Lim as the CEO of Havas Media Group, Singapore

In his new role, Melvin will be responsible for regional business development across all brands of Havas Media Group, including Havas Media, Arena Media and the specialist brands -- Socialyse, Ecselis, Mobext and Affiperf.

Melvin, who joined Havas Media in 2011, is credited with not only exponentially growing the Singapore operations but also transforming it into one of the most respected and competitive agencies in the country. He will continue to be the regional lead for Havas Sports and Entertainment, a concurrent role he took over in 2014.

Jacqui’s promotion comes on the back of two years of solid performance, which has seen the agency grow by 45 per cent. She has been directly credited with leading the new business achievements that saw the agency procure 13 large clients in 2015.

Vishnu Mohan, CEO of Havas Media Group, Asia Pacific, said, “Our Singapore operations has grown from strength to strength under Melvin’s leadership and we were keen to utilise his strong business acumen at a regional level. The role of Chief Commercial Officer is a natural fit for him given his background as a marketer, his experience with the network and his relationship with the wider global and local teams. I am confident that Melvin will be big asset to the regional team.”

“Jacqui is a natural leader and has more than proven her credentials for taking on a bigger role. She is a new business star, a talent magnet and a strategic thinker. I have no doubt that she will lead our Singapore operations to new heights of success,” added Mohan.

Prior to joining Havas Media, Melvin was Head of Marketing for DBS Consumer Bank in Singapore where he led and managed all of DBS’ and POSB’s marketing programmes. Before this, Melvin spent four years as Deputy Director, Consumer Marketing at Singtel and 10 years with Asia Pacific Breweries, where he developed his foundation in Marketing and Brand Management.

Jacqui joined Havas Media as Managing Director in October 2014 after having spent six years in ZenithOptimedia. In her previous role, she was Executive Director, General Manager, followed by Managing Director of the Singapore office. She was pivotal in leading and winning the Changi Airport Group pitch in 2013 as well as the Asia Pacific Breweries pitch in 2010.