Dipstick: Will GST affect the media and entertainment industry?

GST is likely to bring uniformity across businesses in the media sector but is a concern area for services and entertainment. DTH operators are likely to gain. Industry veterans look forward to the bill 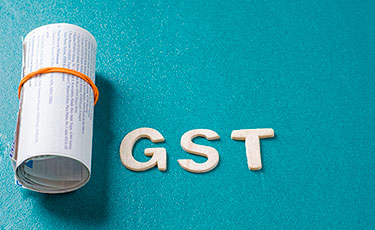 Dipstick: Will GST affect the media and entertainment industry?

GST is likely to bring uniformity across businesses in the media sector but is a concern area for services and entertainment. DTH operators are likely to gain. Industry veterans look forward to the bill

One of the most-awaited financial reforms, the goods and service tax (GST) bill, was recently passed in Parliament. There is a lot of speculation about how GST will affect the common man, industries and everyone involved in the process.

The GST is a single uniform tax on goods and services, right from the manufacturer to the consumer. Credits of input taxes paid at each stage will be available in the subsequent stage of value addition, which makes GST essentially a tax only on value addition at each stage. The final consumer will bear only the GST charged by the last dealer in the supply chain, with set-off benefits at all the previous stages.

After the announcement, it was speculated that goods will get cheaper and services will get expensive.

BestMediaInfo.com asked industry veterans on whether the bill will affect or benefit the media and entertainment industry.

GST will certainly bring in uniformity across businesses in the media sector, especially for film studios that can now lower costs. Multiplex chains will benefit a lot with uniformed taxes, resulting in reduction of average ticket prices.

I think GST will be brilliant for business in general, once it settles down. Some industries will gain significantly, not just by the adjustment of rates but by simplification of the process. It will significantly help in ease off doing business and for the first time perhaps, make India a truly unified market. It was the need of the hour and I’m glad it is moving forward, though there are a few more interim steps to be taken before it actually comes into effect.

The concern I have on behalf of service industries is that it seems to be very manufacturing focused and I’m not sure if the simplification will happen for service industries. As of now the advice from noted consultants seems to be that it will actually make it much more complicated, particularly for advertising agencies who operate in multi-states because there will a Central GST and States GST, which will increase the complexity rather than ease it as is the intent. I hope the government is able to focus on this area and address the issue urgently so that the bill achieves its intent of simplification and ease of business, even for the service industry.

There may be some interim inflationary effect because of the potential increase in the rate from 15 per cent service tax to say 18 per cent of GST. But I think since the set-off is going to be available, other benefits will far outweigh these disadvantages.

GST is a welcome step. It will unify the indirect tax administration in India and help the country in two ways. First it will simplify and make it easy for the consumers to understand. Second it will significantly improve the ease of doing business in India. Together it will help us, a direct-to-home (DTH) operator, to be more efficient in our business.

The effect of GST for instance will be more seen in the DTH and the multiplex industries, which have multiple level taxes. This will simplify pricing and benefit the end user also. For media broadcast, however, it throws up the challenge of single point taxation changing to a multiple-level, state-wise taxation at possibly different rates. It is best the central government creates a maximum rate at 16 per cent. The clear advantage as reports suggest is that GST will grow GDP by 2 percentage points and the kind of boost to economy will increase consumption and therefore advertising, which will benefit all media companies.

As on date, film exhibition is subjected to punitive entertainment taxes imposed at a retail level and are not fungible against any taxes charged on the procurements made by multiplexes such as service tax on rentals, VAT on goods procured and so on. A unified GST chargeable through the supply chain should significantly mitigate the cascading impact of tax and thereby reduce cost. However, entertainment taxes imposed by local bodies may be considered negative if imposed at punitive levels and are not recoverable from the general public.

As on date, bulk of the expenditure incurred by film producers and studios is liable to service tax as also VAT. Given that, theatrical revenue is exempted from most of the output taxes, a large part of the taxes charged on the procurements is not available to be set off against output tax liability and therefore is a cost. The cascading taxes generally amount to almost 7-10 per cent of the overall procurement cost. Imposing GST through the supply chain should allow the producers and studios to set off these taxes, thereby reducing costs materially.