Brooke Bond Red Label’s 6-Pack Band: How it became a story worth watching again and again

The 113 years old tea brand Brooke Bond Red Label made a campaign that went on to create the world's first transgender band. The six-film campaign conceptualised by Mindshare India in association with Mindshare Fulcrum and Y films won the Grand Prix in the Glass Lions Category 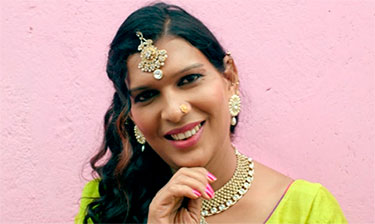 Brooke Bond Red Label’s 6-Pack Band: How it became a story worth watching again and again

The 113 years old tea brand Brooke Bond Red Label made a campaign that went on to create the world's first transgender band. The six-film campaign conceptualised by Mindshare India in association with Mindshare Fulcrum and Y films won the Grand Prix in the Glass Lions Category

Hindustan Unilever Limited’s (HUL) glass-breaking six-film campaign ‘6-Pack Band’ created a buzz at the recently concluded Cannes Lions Festival of Creativity. It won the Grand Prix in the Glass Lions Category. The campaign was designed and conceptualised by Mindshare India in association with Mindshare Fulcrum and Y films and went on to create the world's first transgender band.

Brooke Bond Red Label is positioned as the ‘tea that brings people together’ and this is beautifully encapsulated in the promise ‘Swaad Apnepan Ka (taste of togetherness)’. It promises that the world could be a more welcoming place if one can put aside prejudices and accept others in the spirit of friendship and brotherhood.

The campaign was launched in January with six transgenders and six videos over six months. The songs spoke the language of Red Label. Its debut song ‘Hum Hai Happy’, based on Pharrell William’s hit ‘Happy’, sets the tone of the campaign. The song recounts its philosophy of being happy despite the adversity. The next two songs were created in collaboration with Sonu Nigam. ‘Sab Rab De Bande’ reinforced that all human beings are born equal and they should be embraced for who they are. The third song was an acoustic version of the second. The next one, ‘Hil Pori Hila’, was with actor Arjun Kapoor. The video titled 'Ae Raju', featuring actor Hrithik Roshan, has fetched a lot of organic views too.

In the company blog, Shiva Krishnamurthy, General Manager, Beverages, Hindustan Unilever, said, “We wanted to create new content for our brand that meaningfully engaged our customers with our brand’s purpose – to make the world a more welcoming place, one cup of tea at a time. We wanted a campaign that expressed our brand values, that went beyond tokenism or photo opportunities, something daring and provocative that tackled taboos. This is what attracted us to the idea pitched by the youth arm of Yash Raj Films – Y Films – which saw us creating an ad with a band of transgender musicians called the 6-Pack Band.”

“The transgender community in India is often shut out from the mainstream society. Many are disowned by their families and have to make a living begging on the streets or sometimes even worse. But they are in demand to sing and dance at auspicious events such as weddings and naming ceremonies. So creating a musical ad for Brooke Bond was not something that seemed manufactured or artificial,” he said.

Krishnamurthy commented, “Inclusiveness has always been at the heart of Brooke Bond Red Label. So when presented with an opportunity to make this come alive for the transgender community, I found it very pertinent. Here was a golden chance to #Unstereotype the typical portrayal of this community in pop culture. #Unstereotype is Unilever’s movement to break gender stereotypes in advertising. Their portrayal is often a caricature. We went completely against that grain by showing real, heartwarming narratives as well as showcasing the music talent of the band members.”

Talking about the concept, Amin Lakhani, Head, Fulcrum team, Mindshare, explained, “The brand straddles both small towns and big metros and as such it caters to very diverse target audience groups. However, there are a few similarities. Tea has always been a ‘group thing.’ A cup of chai is never sipped alone but with family over breakfast or in the evening with friends. Be it film gossip, politics or some social scandal, everything gets discussed over a cup of tea. Another similarity between the audience is their love for movies and music. This plays a very important role in their lives. On every social occasion, be it with family, festival or friends, music is very much a part of the occasion. Music has the power to straddle socio-economic classes, geographies and cultures. All the pieces in the campaign jigsaw fell into place. Tea brings people together; Red Label is about ‘Apnapan’ (togetherness) and the transgender community is yearning for acceptance, to be together with society. These three points of the triangle were brought together by a strong unifying force – music.”

Lakhani added, “For generations, we, the ‘normal’ people, have been conditioned to believe that the transgender is ‘different’ and cannot be part of our lives. This was the very thinking that we wanted to break. The transgender issue fitted beautifully with the band philosophy of bringing people together.”

Making the campaign was not a cake walk

Talking about the challenges during the making of the campaign, Lakhani said, “This issue is quite ‘uncomfortable’ to talk about let alone provide a solution. There is always a fear of having a negative effect on the brand by alienating consumers. No amount of consumer research or data gathering could have prepared us for a possible outcome. Each of us (client and agency) had to believe in this campaign for ourselves and put our faith behind it.”

Commenting on the production and shooting, Lakhani said, “Of course there were challenges while shooting. The band members have had no training, no experience. We placed them in front of a camera and made them sing and dance. Imagine the complexity of emotions -- fear, apprehension, joy, intimidation and uncertainty. They appeared with Bollywood superstars Hrithik Roshan, Arjun Kapoor, Salman Khan, Shahrukh Khan and Sonu Nigam. At any other time, it would have been a ‘life-altering’ proposition, an ‘impossible dream’; but put a mike and camera in front of them and everything changes. They rose to the occasion and delivered the best they could.”

The songs were launched on the YouTube channel of Y Films and quickly became a talking point. The agency assured the ‘making of the video’ was part of the campaign assets and it was launched as part of the overall content strategy.

The agency ensured that mobile-friendly assets were created. In addition to YouTube and Facebook, the videos were put on live-streaming music mobile apps such as Wink, Hungama, Gaana and Saavn. To complete the mobile loop, top telecom players carried snippets of the song as caller tunes.

Lakhani mentioned the immense support that Bollywood showered for the video, which in turn caused a lot of promotion of the campaign. He said, “The Bollywood brigade went wild on Twitter and showed their solidarity and support. Anushka Sharma, Hrithik Roshan, Sonu Nigam are just a few names who tweeted and shared the videos. Shahrukh Khan met the band and they sang and danced together. This meeting sparked a lot of goodwill for the band and brand. This was captured as video content and shared.”

To increase the scale and amplify the campaign, leading television music channels and radio channels carried it as part of their programing. In fact, the band went on a ‘Radio Station Trail’. Top RJs from five stations interviewed the band members on their shows.

The success story of the campaign

According to the Millward Brown research study, till March 2016 awareness about the brand reached 59 per cent in the key geographies. Within this set, 70 per cent correctly associated the band with Red Label. The brand consideration score touched 69 per cent. The key brand metric touched a heartening 64 per cent. Brand penetration has gone up by +400 basis points in the campaign period.

Lakhani said, “The incredible part was that around 60 per cent of total views were on mobile and we had shares via Whatsapp, FB Messenger and Google+, reaffirming our mobile-led strategy. UNAIDS, and UN Women, the special causes of the United Nations Organisation have also supported and recognised the cause. We won the Grand Prix in the Glass Lions category at Cannes.”

To put some icing on the cake; the 6-Pack Band has been invited to perform Live at the prestigious Radio Mirchi Music Awards.