Ramesh Narayan writes that Balki was the first indication of a subtle shift in the highest echelons of power in ad agencies. Till the late 90s the big agencies were tightly controlled and managed by the “suits”. Balki opened the gates for the creative heads to become the “boss” 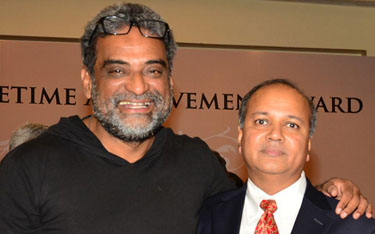 Ramesh Narayan writes that Balki was the first indication of a subtle shift in the highest echelons of power in ad agencies. Till the late 90s the big agencies were tightly controlled and managed by the “suits”. Balki opened the gates for the creative heads to become the “boss”

Blexit! So R Balki has decided to quit the advertising industry.

As one of the top three names in our industry his exit is definitely a great loss, though in his quintessential style he has nurtured and announced a succession plan that will obviously serve his erstwhile companies well.

My earliest memory of Balki is when I met him and Josy (Paul) at the then newly opened JW Marriott hotel in Panaji where their team was holding a workshop. I loved its branding. It said “Canne Kholo” or words to that effect. I quote this because obviously he was very much open to award winning work then. Something that was to change soon after.

His exit from the Abbys was a pointer into his personality. I recall a long telephonic conversation with him on the issue (I had completed my term as President Ad Club by then) and I was struck by the fact that while he was adamant in not changing his mind, he resolutely and politely refrained from any mud-slinging and name-taking. I recall him as a member of the jury of the Triple A awards in 2000 (I was then President of the AAAI) where Lintas won big. Of course by then he had decided to stop entering work for the Ad Club Bombay’s Abby Awards.

For two years it looked like a very convenient carving up of the creative awards by the two dons. O&M wouldn’t enter the Triple A awards and left the field open for Balki to pick up the lion’s share of the awards, while Lintas wouldn’t enter the Abbys leaving Piyush (Pandey) and his men (and women) in black the pick of the awards there.

But then Balki decided to leave the awards game once and for all, and he did it in a dignified manner.

Through all this, Balki was ever willing to step up and help industry events and causes. I recall a conversation with him at some industry-sponsored event where he sat and gamely defended the Fair&Lovely campaign, but somehow I felt his heart was not in it. And that showed in the way he and his team tweaked the campaign in the years that followed.

So what did Balki really signify in our industry? To me, he was the first indication of a subtle shift in the highest echelons of power among advertising agencies. A shift that was to become a landslide in a very short period. For those who came in late let me explain. Till the late nineties the big agencies were tightly controlled and managed by the “suits”. The creative heads did a marvellous job and were respected and loved, but they were not the “boss”. Mike Khanna at JWT (then HTA), Ram Sehgal at Contract, Anil Kapoor at Ulka, Sorab Mistry at McCann, Mani Iyer and then Ranjan Kapur at O&M. Their writ ran unchallenged in their agencies.

The emergence of Balki as a power centre within Lintas was a sign of the times ahead. Initially it seemed convenient for Prem Mehta to explain that Balki didn’t want to enter Lintas work for the Abbys. Very soon, Balki was to emerge as the first “creative” head to get a top executive designation. It opened the flood gates in our industry. Soon Piyush, Prasoon (Joshi), Sonal (Sabral) and Bobby (Pawar) were all “Chairman” or some similar designation which never adorned a creative head before. It was the beginning of an era where the creative heads emerged as not just capable of taking business decisions but very comfortable growing and running large businesses. While stalwarts like Madhukar Kamath and Nakul Chopra were able to walk a fine line and retain real control over their groups, the overall equation had changed completely. Creative was king.

So, why the exit? That is Balki’s personal decision. Something to be respected. But frankly I’m surprised he hung in there for so long. The fact of the matter is that just like at a micro level Bollywood killed the profession of modelling, it’s large canvas, relative creative independence and the unparalleled luminescence of the publicity has been steadily drawing some fine talent away from the advertising industry. From Pradeep Sarkar and Shoojit Sircar to Gauri Shinde and Ashwiny Iyer Tiwari, not many advertising industry folks knew these wonderfully talented people as ad guys and girls. Bollywood made us look at them very differently.

And so as adman Balki turns into film-maker Bollywood, we wish him well in anything he does. We are sure he will bring to Bollywood the same dignity and grace with which he conducted himself in the advertising industry.

(Ramesh Narayan had founded and ran Canco Advertising which he wound down when he turned 50. By then he had been President of The Advertising Club and Advertising Agencies Association of India. He was also on the Board of the ABC and NRSC. He was inducted into the Hall of Fame of the IAA in 2014. The AAAI conferred its Lifetime Achievement Award on him in 2014. In 2015 he was named Global Champion IAA at their Inspire Awards event in London.)