Worried about your priced possessions? ‘Keep it Personal’ with Goldilocks 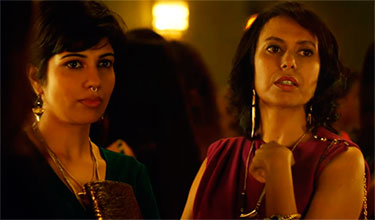 Worried about your priced possessions? ‘Keep it Personal’ with Goldilocks

JWT and Early Man Films have come up with a humorous set of three television commercials in the campaign -- ‘Keep it personal’-- for Goldilocks, a personal locker from Godrej Security Solutions. The commercials were earlier launched on digital platform on June 30, and a day later on television. In a very witty manner, the ads depict the usage of personal lockers by sharing instances in the commercials.

Godrej Goldilocks was launched with the strong consumer insight that there is a need for a locker that is both portable and provides ease of access and convenience, allowing us to be more organised and keep things in order.

Godrej Security Solutions has always gone beyond inducing fear but rather using quirk and humour to encourage adoption of home security solutions. Be it a son trying to get some cash from his father, a brother trying hard to keep his car keys from his sister or the lady who hides her real age from everyone.

Commenting on the commercials, Mehernosh Pithawalla, Head-marketing, Sales and Innovation, Godrej Security Solutions, said, “At Godrej Security Solutions, we have always adopted a customer-driven approach to innovation and product development. We have always resisted from adopting fear-psychosis as the core of promoting home security products. Therefore, we used humour as a tool to discuss security. This innovative approach has helped our campaigns to clinch consumer awareness along with several key awards Goa Fest, Cannes Lions, Spikes Asia, CMO Asia Awards, Mirchi kaan Awards, Effies, Spikes Asia, among others.”

Commenting on the idea behind the campaigns, the duo Steve Mathias and Priya Pardiwalla, VP and ECDs, JWT Mumbai, said, “The idea is really simple. Why does anyone have a personal locker? Well, so you can put anything that you feel is valuable inside it.  It’s a personal choice. Different things are valuable to different people for different reasons. What might seem really valuable to me might seem worthless to someone else. We didn’t want to specify or list out things that should be put inside this locker. Since it's a 'personal locker', that choice is better left to the consumer.”

Mathias and Pardiwalla further added, “The communication, tone and style of the campaign were designed around the product. The storytelling and execution of the campaign too had to be unexpected and surprising. Every story is unpredictable and engaging, as you don’t know what it’s building up to. Is it a car commercial, or is it an insurance ad? What is it? The surprising connections of what each person uses the locker for in the end, is what gives the campaign a fresh voice.”

In the first commercial, a son is shown asking for Rs 3,000 from his dad for an outing in the evening with his friend. The dad doesn’t refuse but pretends not being able to find his wallet and sends his son all over the place to look for it. He talks into the camera towards the end and says he keeps his wallet in his personal locker for this reason.

In the second commercial, a girl driving a car rashly comes into the picture and is shown hitting the streets while almost damaging the car. She is shown parking the car badly on the road, in the mall and almost touching and hitting the other cars. In the end, the car enters the house with a broken light and the brother is shown standing and watching its plight and repents why he let his sister drive. He speaks into the camera and says that he loves his sister, but he also loves his car and so he keeps the car keys in the Goldilocks personal locker.

In the third TVC, a middle-aged woman is reluctant to share her age at various instances like a party, at the doctor’s clinic, parlour or art exhibition. In all the instances, she either doesn’t tell the age or reduces it to 28 and 30 years. Towards the end, she talks into the camera and tells that for this reason, she keeps her passport in the personal locker and not outside.

Keep the secret to staying young confidential. This is how TVC

Keep the love for your sister intact with Goldilocks TVC

The best way to secure your wallet is to misplace it. Pick the trick TVC