What Flipkart’s Jabong buy means for the industry

After acquiring Myntra earlier, and now Jabong, Flipkart has positioned itself as one of the largest players in the e-commerce space. Industry experts feel the buyout is not only a step towards consolidation of the industry but also a bid to acquire more 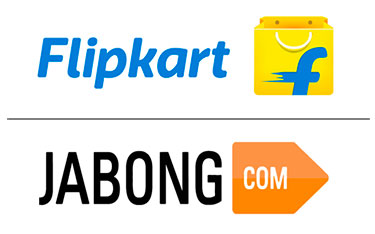 What Flipkart’s Jabong buy means for the industry

After acquiring Myntra earlier, and now Jabong, Flipkart has positioned itself as one of the largest players in the e-commerce space. Industry experts feel the buyout is not only a step towards consolidation of the industry but also a bid to acquire more customers

Flipkart has always been in the news for good and bad reasons. This time it has hit the headlines for its arm Myntra’s recent buy of Global Fashion Group’s (GFG) Jabong for $70 million. It is possibly the largest deal in Indian e-commerce, making Flipkart one of the largest players in the space. According to reports, with the acquisition, Flipkart is likely to have control over almost 70 per cent of the e-commerce industry.

Jabong commanded a share of 25 per cent of the online fashion market, while Flipkart (including Myntra) had a total market share of 45 per cent. After the deal, the combined share is likely to touch 70 per cent.

Flipkart, which already is the market leader followed by Snapdeal and Amazon, has now further strengthened its position with the acquisition.

Earlier in April this year, Amazon was eyeing Snapdeal to strengthen its position in India. For the record, Snapdeal, Future Group, Aditya Birla Groups’ Abof and Amazon were in the running to acquire Jabong.

The buyout is not only a step towards consolidation of the industry but also an attempt to acquire more customers. BestMediaInfo asked a few digital and brand experts what the deal means for India’s e-commerce industry.

Harish Bijoor, Brand Expert and Founder at Harish Bijoor Consultants, thinks that it’s consolidation time for e-commerce in India. He said, "This acquisition is just the beginning. The Flipkart family grows bigger. To an extent the forces are rallying into three formations. You have Amazon growing at a frenetic pace on a lower base, you have Alibaba rallying forces and you have the Flipkart family. This acquisition is significant for sure."

Already having an existing fashion platform, Flipkart seems to have strengthened its portfolio with brands that were not available on Myntra. Brand expert and Founder, Brand-comm, Ramanujan Sridhar, thinks when a company does an acquisition of an existing competing platform it is to bring in a greater sense of competition. He cites an example, “Some of the old acquisitions include Wipro taking over Chandrika soap or Lever which had once taken over a soap brand which means that there is a product in the portfolio and the new product will give a greater sense of competition.”

He continued, “In case of all these start-ups, there is one more critical factor: investment. The company has to be a category leader. There might not be a significant difference in merchandise but the idea being let me try and acquire customers. Amazon is also trying to catch up with the trend and be an Indian player.”

Some reports say Amazon India is one of the largest players in e-commerce and is also a trusted one. The buyout has taken place in a difficult time for Flipkart as the valuation of the company has been fluctuating due to rejigs in its senior management earlier this year.

Asked if the deal was a threat to Amazon, Sridhar agreed, saying Flipkart must be worried about Amazon. It is to be seen what Flipkart does with the Jabong brand name as it continued with the Myntra name after acquiring it in May 2014.

Anil Nair, CEO and Managing Partner, Digital L&K Saatchi & Saatchi, thinks that eventually this had to happen. “As e-commerce and fashion markets move to some majority, there is going to be a huge pressure on the bottom line. There is a lot of back-end consolidation.”

Will Flipkart retain ‘Jabong’ as a separate brand?

Nair said that after the acquisition, they might also look at smaller cities where they don’t have a presence. The challenge remains in whether Flipkart retains ‘Jabong’ as a separate brand or the two will co-exist, he wondered. This is indeed not the end of competition. Niche players in the fashion end are always popping up. The buy is purely revenue and economic one.

Jabong, which matched larger rival Myntra in sales until early 2014, had ceded market share since then as Myntra’s parent Flipkart has been spending crores on advertisements and discounts to lure customers.

Naresh Gupta, Managing Partner and CSO, Bang in the Middle, it remains to be seen how everything will shape up. He said there are major announcements still awaited from the e-commerce major on whether the brand names will be the same, what categories of products both fashion portals will sell and so on. Gupta also thinks the deal won’t be a threat to Amazon “as they are in a different league”. Amazon recently entered India with its video content service Prime; hence there is no comparison with the global major, he averred.

Gopa Kumar, Vice-President, Isobar, believes that Myntra buying out Jabong will help it preserve and maintain India's top e-commerce player for the near future at least. “With the combined power of Flipkart, Myntra and now Jabong, this has become a potent combination and also now in the best position to take on Amazon, at least for the short term,” he said.

Kumar further said, “What it means for the e-commerce industry at large is that this consolidation will continue, as many experts have predicted. Consolidation and shakeout will continue to happen as the market is cluttered and facing cut-throat competition. This race for massive discounting, which is a hook to win customers, means nobody is making money. There have been huge jobs cuts across and valuations are down and at the lowest ever.”

It must also be noted that some government policies are not clear on the marketplace model, which is creating a lot of uncertainty in the industry. “It’s now over to Amazon and would be interesting to see how it will react to this acquisition,” said Kumar.

Currently, Jabong offers more than 1,500 international high-street brands, sports labels, Indian ethnic and designer labels and over 150,000 styles from more than 1,000 sellers. In the past year, the company has been hit by an exodus of senior management executives, a funding slowdown and strong competition from Myntra and Amazon India.

GFG, which is jointly owned by Rocket Internet and AB Kinnevik, houses the German e-commerce company’s fashion businesses from emerging countries, including Jabong, Latin America’s Dafiti, Russia’s Lamoda, Namshi in the Middle East and Zalora in South-East Asia and Australia.