Pokémon Go: A fertile ground for brands and marketers

As the game has not been officially launched in India, it is still early days here. Developers and marketers are exploring possibilities to create consumer engagement programmes. That leads to the question: how far can brands and marketers cash in on the ‘Pokémon Go’ phenomenon? BestMediaInfo tries to understand it better from industry experts 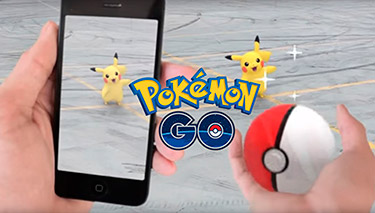 Pokémon Go: A fertile ground for brands and marketers

As the game has not been officially launched in India, it is still early days here. Developers and marketers are exploring possibilities to create consumer engagement programmes. That leads to the question: how far can brands and marketers cash in on the ‘Pokémon Go’ phenomenon? BestMediaInfo tries to understand it better from industry experts

Pokémon Go is possibly the last thing you want to read about. In the last three weeks, a lot has been discussed about the game, the various associations brands want to do with the game, the kind of incidences that have happened and, of course, needless to say the valuation of the company has been soaring.

A lot of brands and global companies did approach the Pokémon Company to associate with it. It seems that in its home country (Japan) launch, the company managed to close a partnership with global quick serving restaurant (QSR) McDonalds.

While the burger giant got lucky, others possibly are still waiting or figuring a way to partner with the gaming company. This leads to the question: is ‘Pokémon Go’ a fertile ground for brands and marketers? BestMediaInfo spoke to industry experts to know more.

The ’90s kids, who are the youth today, have grown up with Pokémon as a character and hence it is not something new for them. It has just been resurfaced in a modern avatar. Vandana Das, President, DDB Mudra North, tells us that rekindling of old memories with technology -- augmented reality (AR) -- created the rage.

Unny Radhakrishnan, Chief Digital Officer, Maxus South Asia, said, “Pokémon Go per se may or may not become a fad. More likely the former. So it is not about what would brands now do with this new shiny thing. Developers and marketers will now explore possibilities of AR in creating consumer engagement programmes. In the short term, as the fever of Pokémon Go peaks, brands might use tactical methods to drive footfalls to designated areas or leverage some possibilities with virtual currencies.”

The game has indeed brought AR into the mainstream. The possibility of the game being a fertile ground for most of the marketers is all the more reason for brands to associate with them.

Bharatesh Salian, Vice President and Head Strategy, Razorfish thinks that while Pokémon Go is a fertile platform, a brand needs to be a natural fit and should not overdo the integration (if any) in the game. Their messages should be subtle. He strongly believes the game has created an omni-channel platform and a brand needs to be careful.

It is still early days for India, as the gamer has not officially launched in India. To predict what the game actually does after launch is something that is awaited. From a monetisation stand point, Rajiv Dingra, Founder and CEO, WATConsult said this is possibly the only game that has been able to monetise its model, while others are looking at advertising and associations.

The game is yet to launch in India and we have already seen branded content around it. Foodpanda.in, Godrej Security Solutions, Amul, Quikr, Ola cabs, Vodafone zoo zoos, Animal Planet India, Zomato, IndiaMart, FreeCharge and many more have already created content around the same. Marketers have already given appreciation on how interesting AR can be in the long run, clearly indicating their interest towards associating in making the game the best in the history of gaming.

According to reports, Pokémon Go has more active users than Twitter and more downloads than dating app Tinder. The estimated downloads is close to 20 million across the globe.

While one has spoken about AR, no one has been able to take it to this level. The game has unlocked the AR aspect of digital. Brands should look at it as an opportunity where the youth is comfortable with it in the offline environment and be driven by it. Brands will take advantage of the change in user behaviour in creating acts to leverage opportunity. It is an opportunity for multi-brand malls to create interesting gamification around the brand, to lead people to different places.

In spite of absence in India, malls have already become Pokéstops, attracting a huge amount of footfall. Amaan Fakih, CEO, Malls, Runwal Group, said, “The generation that has grown up watching Pokémon, are now active shoppers and hence this new Pokémon Go concept is quite interesting for marketers and brands. Malls are perpetually buzzing with activity and thus would be easy locations to have various Pokémons to sight. Hunting for Pokémon at a mall will not only increase the footfalls, but will also introduce new avenues of reaching out to customers.”

Adding, Srinivasa Rao, VP, Marketing, Lifestyle International, said, “The very nature of the game encourages people to step out of home and search for Pokémons in public places such as stores, malls or hotels. This will definitely aid footfalls. However, whether the players will take their eyes off the screen long enough to browse the collections in the store and buy something is yet to be seen. For stores falling in the digital map of the Pokémon Go, it would make sense to have special merchandise or offers that excites the Pokémon Go Trainers community.”

Comparing how brands would want to integrate in general, brand expert and Founder, Brand-comm, Ramanujan Sridhar, said, “The popularity of Pokémon Go has a similar analogy to whatever happened to Kabali. When brands like Fair and Handsome, Cadbury Five Star and Air Asia associated with Kabali, the marketers did not miss the opportunity. Similar is the case with Pokémon Go. Marketers do not want to miss on an opportunity and that’s really what somebody is looking for. One needs to figure an innovative promotion so that the brand is not lost.”

Sridhar feels that anything that reached the youth could be associated with the game, but eventually it is the developer that will take a call.

Stating a classic example of McDonald’s association with the game, Tripti Lochan CEO VML, India and South East Asia, points out that the tie-up was very relevant when the burger giant partnered with the game. The QSR has done many such associations in the past (with movies, popular characters) and hence tying up made sense for them. Of the 2,900 outlets they have in Japan, 400 will act as gyms where a user can train the Pokémon while the remaining 2,500 will be Pokéstops where one can get more Pokéballs for their game.

The partnership will be the second form of monetisation for the gamer after its in-app purchases. It seems that museums are also attracting one to find Pokémons and it’s a phenomenon in time where it’s bringing all these interesting aspects to life.

Mobile gaming in India has given a lot of household games. Advertising in gaming has always been in the mind of the marketer. Pokémon Go has only made it better for the gaming industry, thinks Manish Agarwal, CEO, Nazara Technologies. Pokémon Go has made gaming mainstream. Agarwal thinks that now the advertiser’s brief will include augmented reality and gaming apart from their normal marketing brief.

It is only the early days for the game in India and for global associations. While McDonalds has inaugurated the partnership in Japan, more are likely to be heard in different countries. Some experts feel that brands can create user experience using augmented reality, while others are positive about associating with the game. Only time will tell what prevails.