Our work seems to have risen above the colour of the Cannes metals: Josy Paul

BBDO India won the highest number of Cannes Lions by an Indian agency this year – one Glass Lion and four Bronze Lions – for just one campaign, #ShareTheLoad, for P&G’s Ariel Matic. Josy Paul, the face of the Indian advertising and BBDO chief, shares the euphoria of the Cannes experience with BestMediaInfo 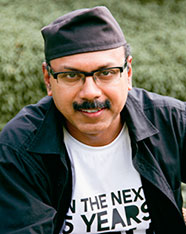 Our work seems to have risen above the colour of the Cannes metals: Josy Paul

BBDO India won the highest number of Cannes Lions by an Indian agency this year – one Glass Lion and four Bronze Lions – for just one campaign, #ShareTheLoad, for P&G’s Ariel Matic. Josy Paul, the face of the Indian advertising and BBDO chief, shares the euphoria of the Cannes experience with BestMediaInfo

It has almost become a ritual for Josy Paul, Chairman and Chief Creative Officer of BBDO India, and his team to win awards at national and international creative events. This time at the 63rd Cannes Lions Festival of Creativity, the agency bagged as many as five Lions – one Glass Lion and four Bronze Lions – for #ShareTheLoad campaign for P&G’s Ariel Matic.

BBDO won the highest number of Lions by an Indian agency this year by winning a metal on each of the award evenings. Altogether, Indian agencies secured 27 metals – a Grand Prix, three Gold, seven Silver, 14 Bronze and two Glass Lions – compared to the 13 last year.

Team BestMediaInfo met Paul in his office – which he calls ‘Ashram’ – to share his Cannes experience, the euphoric feeling of coming back with so many Lions, and much more. Exerpts:

Congratulations on your huge win. BBDO’s #ShareTheLoad campaign for P&G’s Ariel Matic won as many as five Lions. What does this mean for you?

We entered Dads#ShareTheLoad in various categories and were thrilled that it was nominated and won in every category. In fact, we won a metal on each day of the festival! But more than the awards, what was really exciting was that wherever we went in Cannes, people would talk about it. It is the first time something like this has happened to us. When people stop you on the streets and say ‘Share the load’ and they don’t say ‘gold’ or ‘silver’, then you know that your idea has gone beyond the metal or the award.

While working on the #Sharetheload campaign, did you ever think that it would go this far?

We launched ‘ShareTheLoad’ last year. We received a good response and it won a Glass Lion last year and lots of other awards including D&AD, One Show, Spikes, AdFest and at the New York Festivals. So, we knew we have a universal chord with the whole debate and the conversation around ‘Is laundry only a woman's job?’

It is always difficult to do a sequel. We were wondering how to take this forward and make it bigger. But the amazing thing is that this issue is not about advertising. It is about the real world, a real conflict and a real discussion. Along with the people at P&G, we decided to go deeper into the issue to understand the conditioning that’s leading to these stereotypes in society. We started off by saying let’s not write a script, let’s re-script the society. That’s how we thought what if we show a father apologising.

Hemant Shringy, our ECD, wrote the script. Shimit Amin directed the film brilliantly. When I saw the offline, I wept. I could feel the energy of change. So, clearly in the narration, direction and casting, something magical was happening. A week later the film was on YouTube and Facebook. And then we started getting calls. People were breaking down on the phone, messages after messages were telling us how this film was affecting people. Within 24 hours, the media from India started to call, then media from around the world. The film went uncontrollably viral. It was just unbelievable!

Did anybody tell you when the campaign first broke that it would be a winner?

We got a lot of media calls. Some of them wrote saying this is the next big winner at Cannes. Organisations and NGOs started giving the work awards – without us entering it. But this wasn’t about awards. We did this because we genuinely felt about the issue and the brand. And we wanted to contribute and influence advertising and to the brand and P&G in a very real way.

So, how was the experience this year at Cannes for you?

It was the best experience any creative guy could have. I was fortunate to see our work win day after day. Along with my partners Ajai Jhala and Hemant Shringy, I was able to go up on stage and feel the energy for our idea. I was excited to see our work being presented at other forums by great marketing gurus. And I was invited for lunches and dinners because people wanted to talk to me about the work. And beyond our work was some incredibly powerful high impact campaigns – McWhopper by Burger King, Brewtoleum by DB Brewery, #OptOutside by REI – everything you wish you had done. This year was perhaps one of the greatest years for creativity at Cannes.

What do you think of India’s overall performance this time? Are we still playing catch-up?

Just look at the shortlisted agencies. It’s a long list. More than 90 pieces of work were shortlisted from India. A lot of Indian agencies contributed to the shortlist. So many new and young agencies were in there with some terrific campaigns. Not all of them converted to metal. They were up against some world beating work. And yet India performed at her best – 27 metals, including three golds and one Grand Prix.

How has the global ad fraternity reacted to BBDO India’s big win?

A lot of people took selfies with us. We are getting more calls for new business. So it feels good. People are talking about the work, not the metals. Our work seems to have risen above the colour of the metals.

Does the entry presentation for a campaign to Cannes make a big difference in winning?

It's about how you share your work. The jury members are from different countries and cultural backgrounds. It’s all about how you communicate to them in the simplest way and with the right context so that they get it. So, the important thing is setting the context. If you have set the context right then they love you. If you confuse the context then they don’t know what to say. It’s not so much about the glitz of the presentation; it’s the clarity of the presentation. More importantly, it’s like if you are on a train and there’s a stranger from another land sitting next to you. You are eager to tell her about, say, the ‘Touch the Pickle’ campaign. What do you say to someone who has no idea about these issues? Where should you start? That’s what presentations are about. It’s less about presenting and more about sharing.

You were also a jury member for Glass Lions. How was the jury experience?

The Glass Lion is called the ‘Lion for change’. Being in the Glass Lion jury was a different and interesting experience. It was a small group of just 10 jury members: seven women and three men. This was refreshing and diverse. What was fantastic was that many of the jury members were professionals already involved in social change in their own countries. Judging alongside them was a really exciting experience because it was significant, meaningful and full of learning.

Name some of the best works you selected that went on to win a Lion. And as a creative, name one piece of work you felt you would have liked to be part of? Not necessarily from a BBDO agency.

The campaign I liked the most was Burger King's McWhopper campaign. It is brilliantly cheeky. It takes a lot of guts. And it is so sticky, I can’t get rid of it. It gave me hope. It made me say to myself that someday I could create something as big as bold as this. I feel that it’s possible.

What was the most talked about trend in advertising people spoke about at Cannes?

A lot of jury members and jury presidents spoke about big ideas on big brands. They said that in today’s world if you have to create positive change, you’ve got to start with big brands. Only big brands have the reach, power, distribution and the everyday quality that allows them to affect that change. It’s like big brands are the new government. They are more powerful than Hollywood or Bollywood as brands touch us on an everyday basis. Their point of view can make a difference to the way society behaves.

Has social media and digital changed the grammar of creativity forever?

The changing nature of media changes the nature of the idea. We need to re-examine the way we think of ideas. The truth is that your question is your answer. When we started in 2009, our first campaign was ‘Women against lazy stubble’ for Gillette. We started with a Facebook page. We didn’t launch with the film. Nobody at that time thought of launching with social media. Our visionary clients at P&G decided to go for it. We got such a terrific response. This led to a huge integrated movement involving many mediums. But it all started with social media because we felt that the climate has changed and people want to be a part of something bigger and be more engaged. ‘Don’t tell me, involve me’ was the new mantra. So we created acts not ads. It was a response to the changing nature of media.

How did you celebrate the win at Cannes and with your team in India?

It was crazy when we walked into our office Ashram. We were welcomed with flowers and posters and drums and music. People were shouting and screaming. Everyone wanted to know about everything at the same time. We had never won five Lions before, that too on just one campaign that was turning into a global movement on its own. The office was electric! It was raining outside and it was pouring metals inside. And I felt this crazy rush of realisation. When you give people hope, the return gift is love. 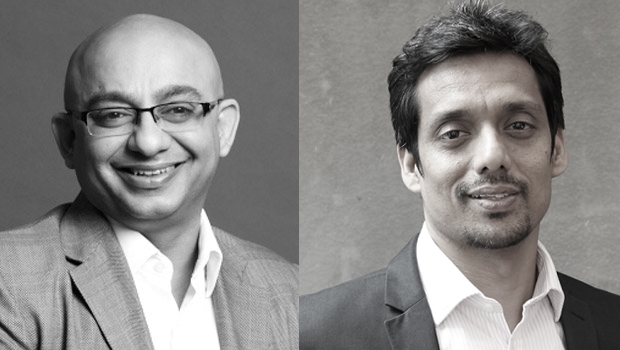