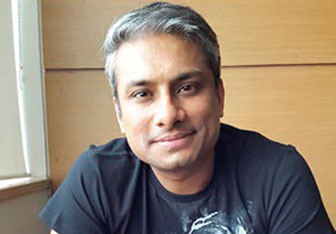 Dutt played a key role in the most successful year for Sapient Nitro’s advertising business since its’ inception in India. The Delhi office won marquee creative projects for brands like Nestle, British Airways and Philips during his 15-month stint.

The British Airways campaign #fuelledbylove and Nestle’s corporate campaign titled #100andrunning were standout pieces of creative work that not only worked in the marketplace, but also, were highly awarded.  Goafest, Kyoorius, APAC brand engagement awards, Hollywood A-list awards, CIDCA, TAMBULI are some of the award shows where these campaigns were recognized.

Prior to this, he was with JWT Delhi as Vice President and Executive Creative Director (ECD). He began his career with JWT as a trainee copywriter 17 years ago. In his 17-year stint, Dutt worked on a huge variety of brands and categories including almost all brands in JWT Delhi.

Speaking on Dutt’s new role, Swati Bhattacharya, CCO, FCB Ulka, said, “I remember the first time we heard the line 'cheetah bhi peeta hai' in JWT. We all knew the new kid on the Pepsi floor was special. Surjo's omnivorous talent comes with an infectious energy and passion that not just creates great creative work but also strong creative teams. I am absolutely excited to have him partner me in building a bright creative future for FCB India.”

Commenting on the appointment, Nitin Karkare CEO, FCB Ulka, said, “Surjo is a powerhouse of talent. The sheer energy that he brings to every assignment makes him a delight to work with. He is a great people’s person and his teams are always ready to give their best for him. He is a fantastic addition to our creative leadership team and I am sure our clients will benefit from his work”.

Speaking on his new role, Dutt said, “FCB Ulka is an agency I have always admired for not just its work but also its core values and culture. And now with true game changers like Rohit and Swati coming in, it’s a wonderful time to be in this agency. I am thrilled to be a part of the team and will do everything I can to write my bit of the success story that is sure to be written.