Ansible reports why brands should care about Pokémon Go 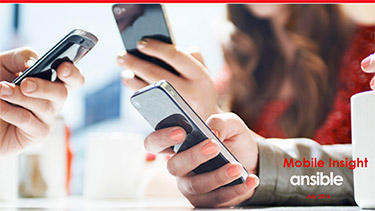 Ansible reports why brands should care about Pokémon Go

IPG Mediabrands’ mobile marketing arm Ansible recently released a report on how brands can leverage and should care about Pokémon Go. Pokémon Go, a free-to-play location-based augmented reality mobile game. Developed by Niantic and published by The Pokémon Company as part of the Pokémon franchise, it was released worldwide on July 6, 2016 for iOS and Android devices.

The game, which became a phenomenon in less than a week, encourages players to explore their cities, driving real-world traffic for local businesses. A mass audience is falling in love with augmented reality (AR), opening the door for brands to leverage AR technologies to reach consumers.

Pokémon Go became a viral sensation with a week of its launch. The new mobile game leverages global positioning system (GPS) and cameras on smartphones to simulate the Pokémon-catching experience from the older games in the real world.

The report says there is scope for brand associations. Pokémon Go players must leave their homes and explore their neighbourhoods and cities, following a digital map that leads them to various characters and locations. Niantic just announced that they are willing to create in-game sponsorship opportunities soon.

For now, the game is monetised by in-app purchases by users. Because the game gets users out into the world, there are marketing opportunities surrounding the game. The camera-enabled AR experience built around location services creates the game’s most share-worthy moments as social feeds. Facebook and Twitter include non-stop screenshots from the game in the last week.

The question is how can brands leverage? Brands without physical locations will have a tougher time capitalising directly on the latest Pokémon craze. There would be more opportunities to get in front of Pokémon Go players through in-game ads or sponsorships. This is a good time to think about ways for augmented reality to drive new opportunities for your brand. AR can be a great way for customers to envision your products in their lives and to launch digital experiences from signage or product packaging. What we can do now through a smartphone is just the beginning.

It is not only brands, but also retailers who can leverage from this. The nature of Pokémon Go demands players go outside and walk around. Already, there are stores and cafes seeing a spike in foot traffic because their locations are hotspots in the game. The New York Times reported that one bar in Harrisburg, Va., has started offering discounts to Pokémon Go players on a specific team, while a tea shop in San Francisco offered a ‘buy one get one’ deal.

If one of your locations is lucky enough to be at or near an in-game hotspot known as a PokéStop and you’re willing do a little work and make a few in-app purchases, you can drive even more traffic and sales. L’inizio Pizza Bar in Queens used that strategy and boosted sales by an incredible 30 per cent spending.