Vice Media to launch in India in partnership with Times Group 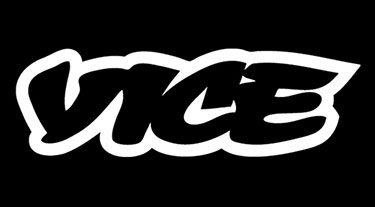 Vice Media to launch in India in partnership with Times Group

Vice Media and The Times Group has announced an expansive partnership that will see the global youth media brand launching in India. This key international expansion will allow Vice to continue its lead in reaching young people everywhere by entering one of the most burgeoning and dynamic youth audience markets.

The partnership will see Vice opening a new bureau and production hub in Mumbai, creating original content to be distributed across television, mobile, digital and linear platforms in the region.

The partnership will also launch Viceland as a paid TV network in the market.

In bringing Vice to India, the partnership will see the opening of local production studios, the hiring of leading journalists and filmmakers, and the airing of tailored local news and lifestyle programming around-the-clock.

In partnering with The Times Group, Vice immediately gains access to unparalleled knowledge of the local market, and a proven record of success in a region primed for massive audience growth, particularly amongst younger people. This is a key partnership for Times Global Partners that supports the launch and expansion of emerging global digital companies in India. Previously, Times Global Partners has partnered with Uber, Airbnb and other digital businesses.

Vice CEO and Founder Shane Smith said, "I couldn't be more excited to partner with Times of India, not only to bring Vice's content to the largest millennial population on earth, but also to create domestic content from India's rich cultural fabric and bring it to our networks in the rest of the world. India is perhaps the most fascinating and dynamic country in the world today and this joint venture allows us unique access to this fast growing media market."

Times Group Managing Director Vineet Jain said, "India is emerging as a global player with one of the largest captive youth audiences. We are excited to partner with Vice, which brings boldness and edginess to covering stories that India has never seen. Jointly, we will capture the attention of India's millennials and provide them a deeper understanding of events and their implications to society. I look forward to working closely with Shane & the Vice team in building the business across media platforms."