A painter, a cartoonist and a cricket lover, Rahul Bhojraj always wanted to be an advertising guy. He believes artists have to remain curious and hungry till the very end 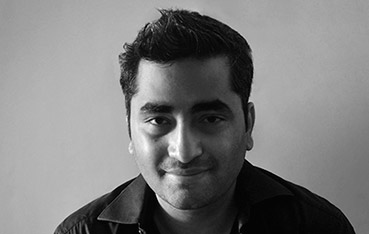 A painter, a cartoonist and a cricket lover, Rahul Bhojraj always wanted to be an advertising guy. He believes artists have to remain curious and hungry till the very end

Right from when he was little boy, Rahul Bhojraj knew exactly what he wanted to be. But like any other average Indian kid, his dream wasn’t to be a doctor or an engineer. Having grown up in a world filled with creativity and art works, Bhojraj has always had a creative streak and his parents encouraged him to embrace it. Today, a Creative Director at JWT, Mumbai, Bhojraj is where he has always wanted to be -- in advertising.

Hailing from Indore, a city that is very business-oriented, Bhojraj always stood out among his friends back home because of his love for art and everything therein. But that didn’t stop him. An avid painter, he would actively participate in competitions when in school.

“My school and my parents helped me a lot. They recognised where my interest lay and motivated me,” said Bhojraj.

Having completed a one-year course in Mudra School of Fine Arts in Baroda, Bhojraj moved to Mumbai and secured an admission at Rachana Sansad. But, being a guy who by nature cannot be idle for any length of time, Bhojraj started working right from when he was in college. He started off as a cartoonist for Naiduniya in Indore before joining Reproscan in the third year of college as a designer. It is here where he developed an eye for details. Once he finished college, Bhojraj set out to chase his passion and that is how he ended up in Bangalore, working for Ogilvy & Mather, in the year 2007. At O&M, his first advertising job, Bhojraj got to work for big brands like Bingo!, Canara Bank, Haywards 5000 and Rohan Builders. It was also here that he met his copy partner, Sameet Ali Soni.

After Ogilvy & Mather, Bhojraj has had short stints with DDB Mudra Group, Bangalore and Publicis Ambience, Mumbai before joining J. Walter Thompson in 2014.

Shedding some light on his time with JWT, Bhojraj said, “Since the day I have joined JWT, I have had the freedom to express creatively. It is a very transparent structure and people always back you. For a team to function well it is very essential that there is no fear of failure. A lot of interesting projects have come my way since I joined JWT like Sunsilk, Good Knight, Godrej, Leela Palace, Sony Espn, Shaadi.com to name a few.”

When asked to name the most challenging project he has worked on so far, the project that comes to Bhojraj’s mind is a piece called King. The ad that picked up three Elephants at the Kyoorius Design Awards, won two Silvers at Goafest and bagged a One Show 2016 Nomination for craft, which was an ad for Godrej’s Dual Video Door Phone Device.

“It was a very challenging project because when I got the idea for the ad, the visualisation of that idea was very intricate. So the idea was to have a King of cards with eyes on both the sides and a blueprint of a King’s house. Although it was challenging, I really enjoyed working on it. It made me a kid again. It was one of those projects where I had to get into the detail and do it myself,” said Bhojraj.

An ad film’s ability to convey a story in a short span of time is what attracted Bhojraj to the field of advertising and the closest he has ever come to wanting to be something else is an inventor of some kind but advertising lets him fulfil that desire as well as creation and innovation is an integral part of his chosen profession.

To the question “If not advertising, then what?” pat comes the reply, “A painter.” An admirer of Francis Newton Souza, Bhojraj believes Souza’s paintings have had a great influence on him and his paintings.

A lover of sports, cricket is another one of Bhojraj’s hobbies apart from painting and cooking. “I love sports as it brings in a lot of character, it bring in your true character. It helps you to be passionate and motivated and the biggest thing a sport teaches you is to fall and get up,” he said.

Bhojraj believes that determination is of his biggest strengths and also one of his weaknesses. “If I take something up, I will finish it and that is one of my biggest strengths but it is also a weakness. The reason being, when you give a lot to something, sometimes you have to pay a price, like missing out on simpler things in life, say travel and family. Sometimes I think it is important for me to see and judge a situation better. But, most of the times if you believe in the right thing and do it with conviction it will pay off.”

Speaking about his greatest achievement Bhojraj said, “My achievement so far has been that with over nine years of experience in the field, I am still hungry to do better work. You have to be hungry till the very end. Basically we all are artists and you have to remain curious.”