Closed doors and four walls don’t work for Saggi. It is difficult to be static, she says. She likes taking the challenge of taking a brand that doesn’t have an identity and making it into something 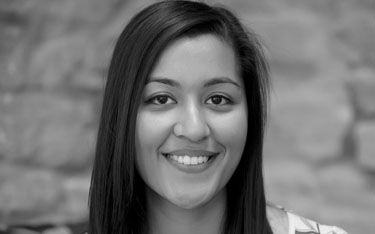 Closed doors and four walls don’t work for Saggi. It is difficult to be static, she says. She likes taking the challenge of taking a brand that doesn’t have an identity and making it into something

In a span of six years, Dipika Saggi, Planning Account Director, Taproot Dentsu, has come a long way in the advertising world. Born and brought up in London, Saggi has always admired India and the dream city of Mumbai, where she has been working for the last two and a half years with Taproot Dentsu.

Saggi studied psychology, and then landed up as a management trainee at an ad agency in London. That was her first job and from there on, she didn’t stop. After completing a year, she went on to work with Arnold KLP, which is part of global advertising conglomerate, Havas.

Feeling proud to have worked with PepsiCo brands, and throwing light on her journey at Arnold KLP, Saggi said, “I was handling Mountain Dew in London. Mountain Dew is positioned very differently there. It is an energy drink which competes with Red Bull and it was important for the brand to refresh its image in the minds of the consumers there.” She continued, “Consumers in London thought it to be a normal soft drink brand from the US, but that was not the case. I loved working on that account as I learnt a lot. Rebranding Mountain Dew was indeed a fun task.”

Apart from Mountain Dew, where she was leading, Saggi likes working a lot with fast moving consumer goods (FMCG) brands. During her tenure at Arnold KLP she worked with Tesco, which is an international retail chain.

After spending two and a half years there, she moved base to Bandra, Mumbai, when she joined Taproot Dentsu. She started off well to become the rising star in the eyes of her boss Ninad Umargekar, Head of Strategy, Taproot Dentsu.

Saggi has been with Set Wet gel (Marico Group) from day one and she has enjoyed the journey with them. “It is an achievement for me to have worked on the Set Wet account. Over the last few years, we’ve completely changed the way men look at using a gel for styling. While the earlier notion was it was used only by ‘villains’, today’s generation is looking at being more confident by applying gel and that’s what we wanted to communicate,” Saggi says.

Another brand which she’s loved to work on is Disney. Saggi was part of its rebranding from a kids channel to a family entertainment one. She has also worked with brands like American Tourister, Myntra and Aditya Birla Group.

Sharing insights on her best work at Taproot Dentsu, Saggi says, “I loved working on Set Wet. It is something that not everyone picks on. The thinking of men is changing. Men obviously know that women won’t be attracted towards them by just applying gel. That’s when we brought in Ranveer Singh who portrayed confidence as one of factors of applying a gel.”

It is only after that that people really caught on to buying a gel. “Another major part of my job as a planner is getting under the skin of the consumer. I love understanding people. The way they walk, talk, their gestures and a lot more – that comes from my psychology bit. It is only once I understand them that I can make a plan for the consumer.”

Speaking about her strengths, Saggi says understanding the consumer and building a rapport with someone is one of hers. And, yes, she’s confused whether overthinking is her weakness or strength. It works both ways for her.

Saggi loves to get along the water bays to get her ideas. Closed doors and four walls don’t work for her. “It is difficult to be static,” she giggles. After spending six years in advertising, some of the brands she feels she would have loved to work on are Paperboat, Kit-Kat – Take a Break and internationally comparethemarket.com.

Elaborating, Saggi feels that working on Paperboat would have been so much fun. “It is a campaign which touches on memories. Memories connect to everyone and they’ve done it beautifully. Kit-Kat – Take a Break is still relevant to today’s audience and I love that piece of work. Another international campaign which I would have loved to work on is comparethemarket.com when they ran a campaign comparethemeerkat.com which was a huge success in London.”