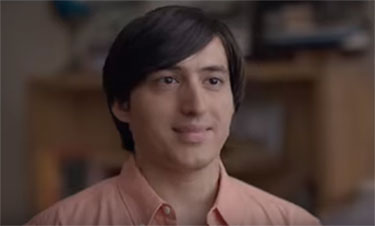 Carrying forward the OLX brand’s ‘Bech De’ slogan, Lowe Lintas has created a campaign comprising four films in Hindi, Marathi, Telugu and Kannada languages. The campaign this time targets the younger audience and urges them to use OLX to fulfil their aspirations.

The ads are funny, quirky and implemented well. The campaign shows young boys wanting cool bikes, be it Hindi, Marathi, Kannada or Telugu. It took the team around three months to come out with these ads.

Gaurav Mehta, Chief Marketing Officer, OLX India, said, “We are addressing a younger audience, primarily college students and first time office-goers. Aspirational and bold, these young millennials know what they want in life but are often limited by their finances. We've seen the role OLX plays by generating extra cash through selling of previously used goods for these young millennials. What’s great to see is that their faith in OLX is supported by their family who perceives it to be the most logical and pocket-friendly destination to fund their upgrade.”

Further adding, Mehta said, “Like many other OLX campaigns, these TVCs too are based on the latest consumer trends and prevailing societal truths. It’s great to see OLX evolve into a new currency of dreams for the youth.”

Arun Iyer, Chief Creative Officer, Lowe Lintas, said, “This time around we are talking to the younger generation. They have several aspirations and try to seek out those things. Somehow, their parents are not in sync with what the younger generation wants -- that one can sell unused household items, fetch money and buy something on OLX only.”

The Hindi film is a rap faceoff between a father and son set over the dining table. The son wants to buy a stylish sports bike but his father has given him limited money. After his demand for extra cash is turned down, his sister suggests he should sell unused things such as laptop, sofa and video game and use the money to fund his purchase.

The funniest part is that everybody is nodding their heads throughout the ad, adding to the visual enhancement of the video. The idea of head bobbing popped up while the team was discussing the idea. It was Ram Subramanium’s idea.

Iyer said, “There won’t be many people who won’t try bobbing their heads after watching the ad. It’s a visual idea that just adds humour to the video.”

In the Telugu film, the brand uses the stylish and macho appeal of Allu Arjun who tells his younger brother to sell his old bike on OLX and get a stylish sports bike so that they can fashionably go back home after beating up the goons.

The Marathi film is a story of a young boy whose father uses his skills as a Marathi theatre actor to short change the demands of his son. The son finally comes of age by using OLX to get what he wants, thereby impressing his father.

The Kannada film is again a humorous take where the son after falling short of money to buy his dream sports bike, asks his father not for extra money but for permission to sell items no longer being used in the house. The dad has the last laugh as he zooms away for a ride on his son’s sports bike.

Explaining the reason for making ads in different languages, Iyer said, “OLX has most of the time made ads suitable for different markets, which have different taste and sensibility. We wanted to connect at a local level with each of the markets.”

Creatives think the ads are funny

Petal Gangurde, Associate Creative Director, The Glitch, said, “The humorous interplay between the protagonists brings out the OLX spin to everyday situations in a quirky manner. While the film is visually appealing and stays true to the brand's value proposition - 'smartly sell anything old and unused on OLX to fund your purchase of something new', the leap of imagination is missing. Given that the brand's perception is that of a thriving marketplace, what OLX perhaps needs to do is push the pedal on creativity and take on the category leader stance for once, moving beyond finding ways to repackage its memorable but jaded 'bech de' campaign.

Dhunji S. Wadia, President, Rediffusion Y&R and Everest Brand Solutions, said, “There is always some stuff lying around that can be sold to make the extra money to buy what you want. In this case the bike. This comes through in this series of ads. What I particularly like is that all the different versions -- Hindi, Telugu, Kannada and Marathi – have unique executions. Yet there is a common factor in all of them. They are all executed in a fun and endearing manner. However, I like the Marathi version with theatre actor Girish Kulkarni the best.”

Nisha Singhania, Co-Founder and Director, Infectious, said, “The ads are okay. Nothing special has been done this time. Only the execution is different. Earlier, the OLX ads were more humorous. In the ads, they have just executed an act which adheres to the company’s positioning of ‘Bech De’.”

Links to the TVCs: