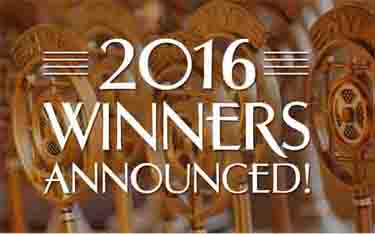 Indian radio stations won a total of 11 awards including a Gold, a Silver and nine Bronze awards. The only Gold was won by Radio City for its “Suno Na Dilli” programme in Best/Talk Interview Special category. The station also won a Silver and a Bronze medal.

Fever FM and Red FM bagged 3 Bronze awards each while My FM and Radio Mirchi won a Bronze each.

The title of Broadcaster of the Year was awarded to the British Broadcasting Corporation (BBC). London-based TBI Media earned Production Company of the Year. The 2016 Grand Jury honoured Athena Media, the BBC, and TBI Media with the Grand Award.

Helen Boaden, Director of BBC Radio, said, “These awards celebrate the power of radio and how it allows us to tell remarkable stories, share exhilarating performances and connect to audiences with an intimacy and passion unique to our medium. It’s a huge honour to be named Broadcaster of the Year and also humbling to see BBC Radio represented alongside such an impressive range of programmes and broadcasters in many categories. We are truly grateful for this award and I am incredibly proud of the creative ambition of our programme makers who have earned it. It is their flair, skill and commitment which enable us to bring some of best content in the world to our audiences in the UK and around the world.”

The BBC earned the 2016 Grand Award for Information/Documentary for “A New Life in Europe,” an intimate account of one Syrian family’s journey as they crossed the Aegean to seek refuge in Europe. BBC reporter Manveen Rana followed the family as they negotiated the trials and difficulty of getting to Europe and the pressures on the family as they try to settle in to their new home.

“The Kinder Letters” from Athena Media, Ireland, took home the Grand Award in the History category for their documentary that captures a rare glimpse of post-war Europe through the microcosm of a children’s book.

Entries in Talk Radio categories were in the winner’s circle. “Suno Na Dilli” Radio City India earned the Gold trophy for Best/Talk Interview Special, and “Think Out Loud: At Home with ALS” Radio New Zealand earned a Silver trophy. In addition, “Up Close & Far Out with Michael Harrison” Goodphone Communications USA was honoured with a Bronze trophy.

Gold trophy winners in the Music Documentary category include: “Vocal Chords: The Odyssey of the Voice with Iarla Ó’Lionáird” Athena Media, Ireland, and “The Story of the Byrds” Document Media, UK. Entries earning Silver trophies: “Sinatra in the UK 1953” Trevor Dann’s Company, UK; “Bring It On Home: Led Zeppelin in the West Midlands” Birmingham City University, UK; and “Somebody Did It Better, presented by Miss Moneypenny” BBC UK. “Sounds to Illustrate Dreams: The Lullaby: The Untold Stories of Lullabies” KBS South Korea earned a Bronze trophy.

Multiple programmes earning Gold trophies in Best Music Special include: “Song Travels: Home for the Holidays” South Carolina Public Radio, “VE Day at 70” and “The Battle of Britain at 75” both created by UK-based TBI Media with Snappin’ Turtle Productions.