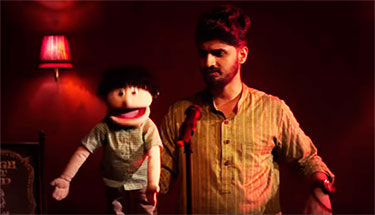 Micromax has started a new 360 degree campaign for the latest entrants in their Canvas Unite Series – Unite 4 and Unite 4 pro. The new phones in the Unite series will enable users to use their mother tongue with just a swipe. With the theme ‘Angrezipanti ko dekhao Angootha’, the campaign intends to challenge the notion of proficiency in English being an integral part of success.

Speaking about the two new phones, Shubhajit Sen, Chief Marketing Officer, Micromax Informatics said, “Micromax is an early mover that was quick to realise that language is a massive roadblock in the adoption of latest technology in the smartphone market. We decided to develop the Unite series after observing smartphone users in India, who often struggle with an English user interface, and an absence of language support in a pro consumer way. Hence, taking ahead the legacy of our most successful smartphone series --the Unite Series, Micromax Unite 4 and Unite 4 pro-- are designed to enable users to break free from the language barrier in being part of the digital revolution of the country.”

As a part of the entire campaign, Micromax has launched a TVC conceptualised by Creativeland Asia and a digital film with the popular actor and comedian Kapil Sharma. In addition to this, the company has also associated with the much-awaited Salman Khan starrer, Sultan.

The TVC starts with a ballerina asking a fellow ballerina to plug in her phone to the music system. She is ridiculed for having Punjabi as her default language on the phone but goes on to dance well and is appreciated by everyone, including the girl who ridiculed her. The underlying theme of the TVC, that one doesn’t need to know English to be successful, is brought out by the voiceover that ties together the different situations showcased in the commercial.

The digital film featuring Kapil Sharma will look at how the comedian takes pride in his preferred language – Hindi. The film with a pinch of humour sends across a message about breaking through the ‘un-coolness’ that is often associated with Indian languages over English.

Speaking about the campaign Sen said, “English has become a prerequisite for anyone who wants to make it big in life. This is the basis of our idea, ‘Angrezipanti ko dikhao angootha’. We want to enable people to communicate and express themselves in any language they are most comfortable with. We’re truly proud of our diversity, and this campaign is all about celebrating our Indian-ness. Our two new smartphones truly resonate the same message of empowerment, celebration, simplicity and confidence.”

Sajan Raj Kurup, Founder and Creative Chairman, Creativeland Asia said, “Apart from being very sharp of the product proposition, the Micromax Unite 4 TVC demonstrates the versatility of the Micromax brand theme -- Nuts Guts Glory. It unravels another shade in the strong and audacious personality we are building for Micromax as a whole. And just like the phone, its TVC shows ‘Angootha' to anyone who thought the new brand personality for Micromax is not language agnostic”.