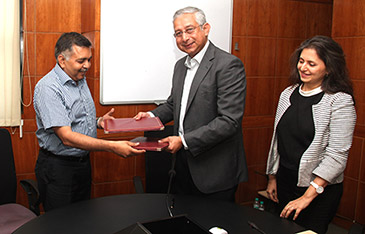 Continuing with the momentum towards supporting co-regulation in advertising, the Food Safety and Standards Authority of India (FSSAI) has signed an MoU partnering with the Advertising Standard Council of India (ASCI).  Addressing the cases of misleading advertisements in the Food and Beverage sector (F&B), ASCI will comprehensively monitor these advertisements across various media.

ASCI has been given a suo moto monitoring mandate by FSSAI to process complaints against misleading F&B advertisements. MoU also requires ASCI to report to FSSAI non-compliance of ASCI’s decisions for further action as required per provisions of FSSAI Act. FSSAI received cases of misleading advertisement through “GAMA PORTAL”. Out of 21 cases received till date, FSSAI disposed 06 cases and remaining cases are in different stages of scrutiny/disposal.

FSSAI will also redirect complaints against misleading F&B advertisements to ASCI, which will be reviewed using ASCI’s code and guidelines. The review will include violation of the FSSAct and Regulations related to advertisements making misleading, unsubstantiated or false claims.

Pawan Agarwal, CEO, FSSAI, said, “FSSAI has taken a serious view of misleading advertisements related to Food and to effectively handle the same have entered into MoU with ASCI which shall provide paradigm shift towards handling such scenario and shall also bring transparency and accountability with stakeholders participation.”

ASCI Chairman Benoy Roychowdhury added, “We are delighted that ASCI’s self -regulatory process on advertising content is getting recognition from various government bodies and the partnership with FSSAI will augment our efforts in curtailing misleading advertisements. F&B products are consumed on a daily basis impacting the health and well-being of millions of consumers. Reining in misleading advertisements for this important sector would be a key priority for ASCI.”