While L&K Saatchi & Saatchi has three shortlists, Contract and Bates CHI & Partners have two each

While L&K Saatchi & Saatchi has three shortlists, Contract and Bates CHI & Partners have two each

The shortlists for Radio were announced today at the 63rd Cannes Lions Festival of Creativity. India has secured seven shortlists in the category.

There were three shortlists for Law & Kenneth Saatchi & Saatchi’s campaign for Thomas Cook’s ‘Holiday packages for senior citizens,’ for the Man, Woman and Never Too Old.

Contract Advertising’s campaign for Truecaller’s Nokia and Apple campaigns has got two shortlists..

There were two shortlists for Bates CHI & Partners’ ‘She Says’ campaign for women’s safety, one titled Outdoor and the other Bathroom. 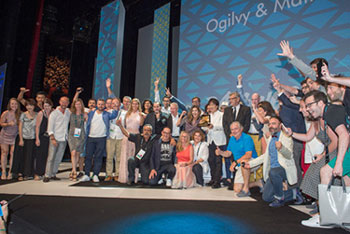