Star Utsav Movies to go on air from May 28 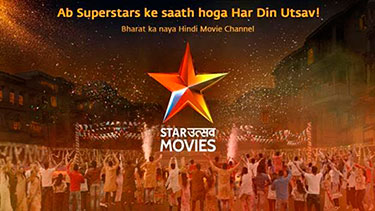 Star Utsav Movies to go on air from May 28

Star India has announced its fourth Hindi movie channel, Star Utsav Movies, under its Utsav sub-brand. The channel, which will be a free-to-air offering, is currently doing test runs on Freedish. It will be officially launched on May 28, 2016.

The channel will be the fourth in the movie genre from Star India, after Star Gold, Star Gold HD and Movies OK. It will target the rural audience and is being promoted by the network as ‘India’s first Truly Rural Hindi movie channel’.

Hemal Jhaveri, General Manager, Star Gold, Movies OK, Star Gold HD and Star Utsav Movies, said, “With the advent of BARC, rural markets took centrestage with more than half of the TV viewership coming from the heartland. Our analysis indicated that there was a clear need gap in this category since 25 per cent of the total viewership came from movies, but the Hindi movie genre share is a miniscule five per cent. This is because of the non-availability of good content from the existing Hindi movie channels in the FTA space. An extensive research study undertaken to unravel the rural psyche shed light on the key usage and behaviour patterns which has been the cornerstone for all acquisition, programming and marketing inputs on this new channel offering. What made this research unique and accurate was the fact that it was tailor-made to each respondent surveyed basis their viewing behaviour which was captured on close circuit cameras positioned in their homes.”

Star Utsav Movies stands as a truly rural offering from the network because it has been designed with the rural viewers in mind. The insights from research gave the network a rich perspective on triggers that dictate his approach towards life and his entertainment needs. “‘Har Din Utsav’ as a promise is an indication of our endeavour to give our viewers a reason to celebrate every day with the biggest and best stars on the channel,” Jhaveri added.

To drive reach and awareness for the new channel, a multi-media launch campaign has already kick-started. The network will leverage the muscle and might of Star India Network to rapidly build awareness. Besides a comprehensive high impact TV plan, the promotion also includes a high octane radio plan besides unique brand experiences for viewers on ground across villages in key markets.

“The rural markets are the last important frontier and we believe Star Utsav Movies will empower both the consumers and advertisers alike,” Jhaveri said.