Hira calls it a day after a year and half as CEO of the publication. He is expected to take up a new assignment in the digital content space in July 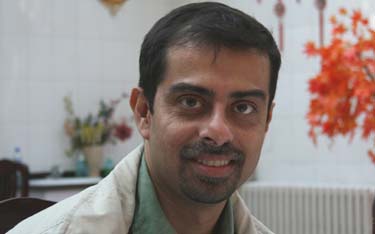 Hira calls it a day after a year and half as CEO of the publication. He is expected to take up a new assignment in the digital content space in July

Mohit Hira, CEO of Open magazine, has called it a day. Hira had joined the publication a year and a half ago. Hira confirmed his decision to move on to new pastures when contacted by BestMediaInfo.com.

Hira said he plans to go back to the digital content space, and is slated to take up his new assignment in early July. Hira, who joined Open Magazine in October 2014, has vast experience in the advertising and media industry. Before joining Open, he was CEO at Hungama Digital Services (HDS) and Digital Head at J Walter Thompson India.

Hira has also worked in the digital division of the Times Group – Times Internet Ltd – as Director, where he was the brand custodian for the group’s website, indiatimes.com, and was also responsible for incubation, marketing and usability of its portals.

He joined JWT in November 2012 as Senior Vice-president and Regional Business Director, and took over as Head of Digital in April 2013 to oversee JWT’s digital initiatives in addition to his role as the Business Lead on Airtel. Hira was then elevated to CEO of HDS and JWT Digital to ensure seamless integration of the two entities, so that HDS and JWT clients may have truly integrated digital solutions.

Hira had joined JWT from NIIT, where he was President of the B2C global online learning business that he had started ? www.training.com. He was also the Chief Marketing Officer for NIIT’s retail individual training businesses and the NIIT University.