With the kind of exposure kids have today, it has become important for advertisers to careful about the content they produce for brands. It is not just about having a monitoring mechanism, but needs serious self-regulation on the part of ad makers 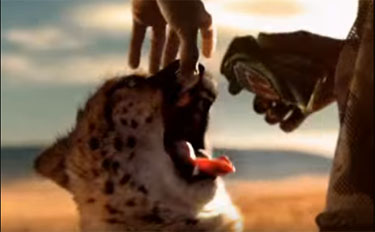 With the kind of exposure kids have today, it has become important for advertisers to careful about the content they produce for brands. It is not just about having a monitoring mechanism, but needs serious self-regulation on the part of ad makers

In today’s time, kids have constant access to information and technology via television, radio, outdoor advertising and digital platforms. Although there are some measures to monitor what kids consume on television or online, these are not 100 per cent useful.

In the 21st century, advertising has become a powerful tool for companies to attract customers globally. Here comes the role of advertisers to provide the companies with the best ads and connect them to their TG. Even if the ads are for 2-3 minutes or only for a few seconds, ad-makers should have a sense of responsibility. The ads they make definitely influence society, and mostly the children, as the sole purpose of an ad is to influence the behaviour of the consumer. In that process, they should not forget the content. These ads mostly affect the minds of children because they are more open to absorbing information, consume and agree to everything they watch on television.

Which ads are misfits for children?

Ads with violence and display of relatively high sexual imagery are considered a misfit for children. Such ads tamper the mindset of children and are considered unworthy for kids. For example, the ads that show kids misbehave and pester their parents are also inappropriate for children. Ads that make false claims of being healthy are not proper for children.

Parents at some level are helpless because they have no control over what the child is seeing. Although there are options for parental lock and other security options, this by no means is going to stop the children from the enormous amount of exposure they have on the online and digital front.

Shriram Iyer, Nation Creative Director, Mullen Lintas, said, “I don't think advertising should give children the license to pester their parents to a point where it becomes unmanageable. When you are selling health products to children, you need to be really careful because you have to see whether it is actually healthy for them. As an agency, one should take care and find out whether it is good for children before we take it forward to advertise about that.”

Soumitra Karnik, National Creative Director, Dentsu India, explained, “It’s very important that the content ad makers show in the ads will eventually affect the way a child grows into, for example, sanitary napkin or ads with stunts. Therefore, it is not just the ads with obscenity which will affect the child but others too.”

What are the solutions?

Iyer said, “There are so many rules provided by the governing body but one must be guided by one’s own conscience. Marketing and advertising also have a responsibility. There is no written set of rules we refer to on a daily basis. Rules are largely what you think are appropriate. You won't sell paan masala to a kid.”

Karnik also emphasised the fact that the best way to protect children from getting hindered is ‘self- regulation’. “Every advertising agency, client, marketer needs to have a self-regulation where a person needs to be very responsible in what they are creating. It’s a mass media and we are reaching out to so many people, kids included. So, it is bound to have an effect.”

Karnik also came up with a solution to the problem of ads not fit for viewing by children. He said, “The channel should give 5 seconds super before any explicit content is shown on the channel. That way the parents get time to switch the channel when kids are around.”

Kaizad Pardiwala, COO, Orchard Communications, said, “Better media planning can avoid that. I understand there are products that need to be advertised but the channels and time slots should be managed accordingly.”

Watch out for stunts in ads

Nowadays, we see an increasing trend of stunts shown in the ads. Not just cars and bikes, but also playing with animals and jumping off roofs and buildings.

Karnik told BestMediaInfo that there are certain ads that require stunts in their best interest. He said he had received a complaint about the ‘cheetah commercial’ he did with Mountain Dew. In the ad, the man pulls out the Mountain Dew bottle from the cheetah’s mouth. They received a complaint from a parent that his kid put his hands in a dog’s mouth after watching the commercial!

Pardiwala believes stunt ads are not as big an issue as ads that show relatively explicit content.

Karnik added, “I have never seen such kind of discussions happening in clients’ offices where they reject a campaign and ask the ad agency to come up with a better and responsible ad.”

Monitoring mechanism and the law

The Department of Consumer Affairs (DoCA) of the Union Government had entrusted the task of monitoring the web portal to the Advertising Standards Council of India (ASCI), which is an industry body.

The complaints against misleading advertisements received on the Gama portal are handled through a three-tier system. The complaints are first processed by ASCI. If the errant advertisers still do not comply with the directives given to them, the complaints are then directed to a sub-committee, headed by the Joint Secretary in the Department of Company Affairs, under an Inter-Ministerial Monitoring Committee (IMMC). In the case of persistent offenders, the regulator is empowered by law to take action.

Shweta Purandare, Secretary General, ASCI, said, “We do get complaints from people from time to time about particular ads not fit to be shown at a particular time. We at ASCI look at the ads in general and not the timings. That is decided by the Ministry of Information and Broadcasting.”

Purandare added, “We look at ads that have obscenity in them and then decide if it has grave and widespread effects. We do not differentiate between the ages of the audience.

The creatives understand their responsibility and comply with the rules and regulations that ASCI provided. If some don’t comply with the governing body, then sooner or later either their ads are removed or edited.

Commenting on the relationship ASCI has with the advertising body, Purandare said, “We get 100% compliance from the advertisers’ side. Of course, there is some level of disagreement but after a dialogue, they appreciate the point and make changes accordingly.”

Supporting the ad fraternity, Ambi Parameswaran, Brand Strategist and Founder, Brand-Building.com, said, “You need to view ads in the context of what is shown on TV and films. Our films are full of things that are misfit for children. So if a kid is allowed to watch that, why ban stunts in a bike ad? Of course, there are guidelines on how to show all this in an ad. Again, ASCI has done a lot of good work on this. My request is that let us not blame advertising for all the problems we are having with the young people today.” 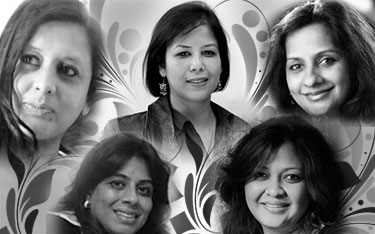 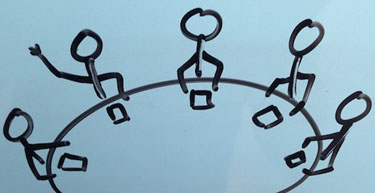 The costly blind spot of the advertising industry: Free pitches

Parle Glucose to Parle-G: Journey of India’s most loved biscuit 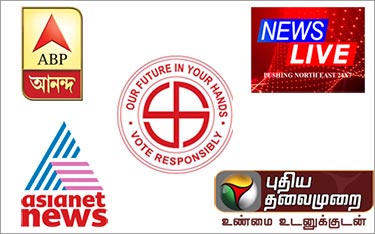 In-depth: Regional channels gain viewership for polls, but can they leverage it?