To shore up the demand for the high definition variants, the channels will strategically launch shows heavy on visual effects, like the mythological show, ‘Bhakter Bhagawan Sri Krishna’ 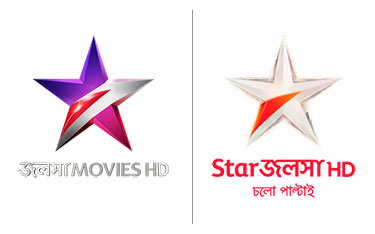 To shore up the demand for the high definition variants, the channels will strategically launch shows heavy on visual effects, like the mythological show, ‘Bhakter Bhagawan Sri Krishna’

Star India, which has close to 40 per cent of the market share in the Bengali GEC (general entertainment channel) and Bengali movie genres through the standard definition (SD) channels, Star Jalsha and Jalsha Movies, has now announced plans to launch high definition (HD) variants of the channels.

The HD variants of Star Jalsha and Jalsha Movies will be launched on April 14, which is ‘Poila Baisakh’ or the commencement of the Bengali New Year. The network plans to launch a series of VFX and CG heavy shows on the day, to showcase the effect of the high definition channels. Kevin Vaz, General Manager, Star Jalsha and Jalsha Movies, said, “When we entered the Bengali market, we were the first one to target the younger audiences with sub genres like romance. This time around, we again want to be the first movers in the HD variants and I am sure that the consumers will welcome it.”

The channel has recently launched a fantasy based show and a mythological one, both heavy on graphics and visual effects. The high definition channels, will obviously offer a better experience for the consumers of the content of these shows, one of which is the mythological show, ‘Bhakter Bhagwan Shri Krishna’ and the other is the children’s show, ‘Kiranmala’. The network has lined up other big ticket properties to make an impact on the HD channels.

One of these shows is ‘Mahanayak’ - a 100-episode series on the life and times of a famous actor, starring Prosenjit Chatterjee. Star Jalsha Parivaar Awards will be launched in the recent edition of Star Jalsha HD, along with ‘Khoka Babu’, which is an unusual love story.

Jalsha Movies HD will also telecast good and newly launched movies through tie-ups with the movie production houses in the State. The channel will telecast movies like ‘Arshi Nagar’ (A land of mirrors) by multiple National Award winner Aparna Sen, ‘Ki Kore Toke Bolbo’ (How do I tell you) - a romantic saga, ‘Power’ – featuring matinee idol Jeet, among other films.

Asked whether regional audiences were ready for HD content and were willing to buy the channels, Vaz said, “Regional audience are no different than the national ones. People in West Bengal are buying HD channel packages from their DTH or MSO provider and that will offer them the new HD channels. I think it is more about making the product available to the consumers.”

The channels will be available on Tata Sky, Airtel, Manthan, GTPL, KCBPL, Digi Cable, Siti, Meghbhala Digital, DEN, Hathaway and AMBC. The network has planned a high decibel campaign to promote the upcoming properties in the Bengali regional space, including four full-page advertisements in popular dailies like the Bengali newspaper, ‘Ananda Bazar Patrika’ and the English language daily, ‘Telegraph’.

The new HD channels will obviously be sold at a premium, but the Star network may focus on promotional plans to woo consumers initially. Usually HD channels cost 25 per cent to 30 per cent more than their SD counterparts. The HD channel schedules will be almost identical to the SD channels.