In Assam, Radio Mirchi will provide a blend of Bollywood numbers and modern Assamese songs (Adhunik gaan). The channel will focus on Assam’s culture, language and heritage 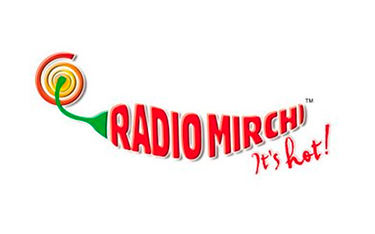 In Assam, Radio Mirchi will provide a blend of Bollywood numbers and modern Assamese songs (Adhunik gaan). The channel will focus on Assam’s culture, language and heritage

Singer and composer Angaraag Mahanta, popularly known as Papon, introduced Radio Mirchi 95 FM in his home State Assam, on April 21. The singer was rated the ‘Vocalist of the year’ by Radio Mirchi for the song, “Moh Moh Ke Dhaage” from the hit movie, ‘Dum Laga Ke Haisha’. Papon has selected the songs for the shows that will go on air on Radio Mirchi 95 FM.

Launched in 2001, the Mumbai-based Entertainment Network India Limited (ENIL), better known as Radio Mirchi, operates across 37 cities in the country. It has a track record of developing engaging content and retaining a loyal audience through the years. Radio Mirchi has exciting properties like the Mirchi Music Awards (in eight languages) and Mirchi Top 20.

Present at the launch of Radio Mirchi in Assam, were popular radio jockeys Gaurav, Pallavi and Ayestha, who kept listeners enthralled with their witty repartee, news of what was going on in Guwahati and their opinion of songs and movies released.

In Assam, Radio Mirchi will provide a blend of Bollywood numbers and modern Assamese songs (Adhunik gaan). The channel will focus on Assam’s culture, language and heritage. Apart from the best of Bollywood and local tracks, Radio Mirchi will beef up its shows with comedy and infotainment. The shows have been designed after extensive research, to be able to emote with local listeners.

Commenting on the venture, Papon said, “I am a son of Assam – a son of Guwahati - and I want to thank my fans as their love has helped me to reach where I am. My association with Radio Mirchi goes back many years. When Mirchi approached me to help develop the product for their station in Guwahati, I was very pleased since this is a way I felt that I could give back to the city. Radio Mirchi is India’s No. 1 radio station and they have a proven track record in belting out a great listener experience.  I have given my inputs on the song list and the shows for the Radio Mirchi Guwahati product and I’m sure it will strike a chord with the listeners. It was a great pleasure working with the Mirchi team.”

Prashant Pandey, MD and CEO, Radio Mirchi, said, “We absolutely loved working with Papon to bring the best music and the most relevant content to the people of Guwahati. We think this is the best way we could have launched our Phase-3 expansion. This is an exciting time to be in the radio business with new opportunities, new places and new platforms to explore and we are trying to do exactly that.”