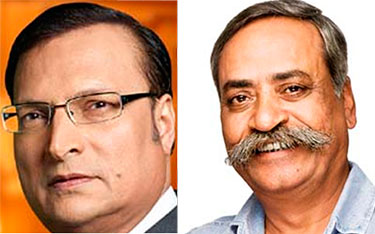 Ministry of Information & Broadcasting in compliance with the Supreme Court directions issued on May 13, 2015 has constituted a three member committee to address the issues related to Content Regulation in Government Advertising. The committee would be chaired by BB Tandon, Former Chief Election Commissioner of India and members of the committee includes Rajat Sharma, Chairman and Editor-in-Chief of India TV and President of the News Broadcasters Association and Piyush Pandey, Executive Chairman and Creative Director, South Asia, Ogilvy & Mather. The three member committee was selected by a three member panel constituted by Ministry of I&B after obtaining advice from Ministry of Law & Justice. The selection panel for constitution of the Committee was headed by Justice (Retd) Chandramauli Kumar Prasad, Chairman, Press Council of India. The Terms of Reference of the Committee has been prepared by Ministry of I&B in consultation with Ministry of Law and Justice which includes the structure, functions and powers, duties and responsibilities of the Committee. Supreme Court had directed to constitute the Body for ironing out the creases that are bound to show from time to time in implementation of the judgement of Apex Court on Content Regulation of Government Advertising. As per the Terms of Reference, the Committee would, inter-alia, address complaints from the general public of violation on the implementation of the guidelines set out by SC. The Committee would also take suo motu cognizance of any violation / deviation of the guidelines of SC and recommend corrective action to the Ministry /Department.

The Committee may recommend suitable changes to the Supreme Court guidelines to deal with new circumstances and situations that may arise from time to time, without making major policy changes within the policy direction of SC. The Committee shall not be bound by any legal rules of evidence and may follow such procedure that appears to it to be fair and proper for swift settlement of grievances. For all decisions of the Committee, the view of majority would prevail. The tenure of the members would be initially for a period of two years which shall be extendable by one year at a time, but overall extension should not be more than two times. The committee would be operational from Delhi and Directorate of Advertising and Visual Publicity would facilitate day to day functioning of the Committee.