Season 2 of the UBA Pro Basketball League broadcast live on Ten Sports Network Channels. The league culminates at the games in Hyderabad between April 1 and April 3 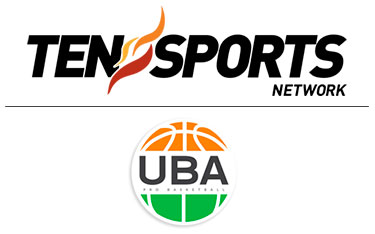 Season 2 of the UBA Pro Basketball League broadcast live on Ten Sports Network Channels. The league culminates at the games in Hyderabad between April 1 and April 3

Season 1 of the league was played in Hyderabad in July and saw participation from India’s best basketball players. A grand opening for Season 2 of the UBA was held in Pune and broadcast live on Ten Sports Network channels.

The league will span over a month, kicking off in Pune and then moving to Hyderabad for the playoffs and the semi-finals. The league will culminate with a best of three games final from April 1 to April 3, at the Gachibowli stadium in Hyderabad.

Ten Sports has partnered with UBA to broadcast five seasons of the League. Season 2 will have a minimum of 36 live matches with international quality HD production. Broadcast veterans Paul Crane and Victor Howell will lead the broadcast coverage for Season 2 on Ten Sports.

Announcing the deal, Rajesh Sethi, Global CEO of Ten Sports, said, “We are delighted to partner with UBA for India’s first Professional Basketball League. I am confident that UBA will change the face of Indian Professional Basketball forever. There is a lot of participation in basketball among younger audiences and through the UBA, Ten Sports will offer the best of Indian basketball to our viewers. With increased opportunity to take up the sport professionally and with the training camps, we will see more talent coming through the ranks which will enhance the quality of play. Ten Sports will offer the best of programming on UBA through live broadcasts, studio and wrap-around shows and other educational content.”

“The players were trained just as pro athletes train in the US, every day with very little time off.  The first week they struggled, but in the second week, their strength and ability saw significant increases.  We know with continued programmes, the players can reach elite levels,” said Jody Basye, US Coaching Sr. Manager.

A documentary titled ‘Inside the UBA’ on the rigorous training camp and the life of the to- be stars was filmed and is airing on Ten Sports Network channels. The UBA plans to make these training camps for the best players an annual affair and provide them the much-needed exposure to improve the standard of the game in India.

Tommy Fisher, President of Fisher Industries and CEO of UBA, said, “The response of Bollywood, local and central government agencies has been extremely positive.  In the weeks, months and years ahead, we plan on working hand in hand to help develop basketball as a superior sport and form of entertainment in India.”

Matches are broadcast live on Ten Action and Ten HD on two slots, at 4.30 PM and 7 PM. Primetime coverage on Ten Sports Network channels will ensure maximum coverage and reach for the UBA Pro League.