Pepsico gears up for summer with 7UP Nimbooz Masala Soda

Created by BBDO India, 7UP’s new avatar lives up to its brand image of being a zesty thirst quencher. Only this time it comes with a tangy dash of lemon juice, highlighted in the campaign’s tagline - ‘Asli Nimbu Maar Ke’. 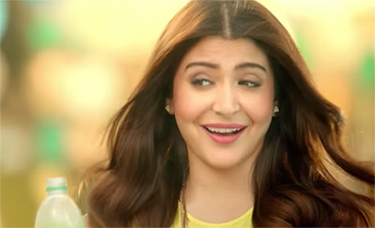 Pepsico gears up for summer with 7UP Nimbooz Masala Soda

Created by BBDO India, 7UP’s new avatar lives up to its brand image of being a zesty thirst quencher. Only this time it comes with a tangy dash of lemon juice, highlighted in the campaign’s tagline - ‘Asli Nimbu Maar Ke’.

PepsiCo India is gearing up for summer with the launch of a fresh variation of its popular cold drink brand, ‘7UP’.It recently launched an advertising campaign for 7UP‘Nimbooz Masala Soda’ – honing on the key differentiator of the product – a dash of real lemon juice, (‘Asli Nimbu Maar Ke’).  7UP Nimbooz Masala Soda is made of real lemon juice and soda, with a mere hint of ‘masala’ (spices), to give it a unique “chatpataka” (tangy) taste.

The television commercial (TVC) has beenconceptualized by BBDO India, directed by Vikas Bahl and features brand ambassador and actor, Anushka Sharma. The campaign went on air on March 8, 2016.

The commercial begins with people listlessly loitering at a pool side of a dull party, visibly uncomfortable in the heat. Anushka Sharma then walks up to the disc jockey and offers him a 7UP Nimbooz Masala Soda. Music suddenly turns upbeat and life returns to the party, as guests begin to frolic. The commercial ends with the tag line– ‘Nimbooz Masala Soda - Asli Nimbu Maar Ke’ (with a dash of real lemon).

Speaking of the campaign, Gaurav Verma, Associate Director, Flavours, PepsiCo India, said, “7UPNimbooz Masala Soda has received a fantastic response from consumers and has carved out a distinct space in the beverages category. Designed in India, for Indians, the real lemon juice, soda and ‘masala’ give the product a refreshing and authentic Indian taste.”

“Our new film has been designed to dial up a direct association with the key product differentiator of real lemon juice and that’s how we came up with the proposition of ‘Asli Nimbu Maar Ke’,” Verma went on to say, adding, “The new packaging has been designed to make the key elements more visible and aid higher recall.”

Commenting on the TVC, Josy Paul, CCO, BBDO India, said, “How do we bring alive the super tangy ‘chatpataka’ taste of 7 UPNimbooz Masala Soda in 35 seconds? With a hyper splash of Anushka’s spicy performance that leaps out at you like a generous dash of ‘Asli Nimboo Maar Ke’. Our way of giving our favourite summer drink its moment of satisfying thirst-quenching glory!”

Director of the film: Vikas Bahl