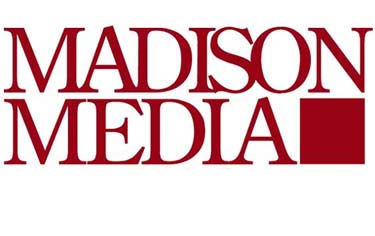 Madison Media Omega, a part of Madison Media Group, has recently announced the win of yet another mega account, LeEco. The estimated size of the account is around Rs 150 crore. The account will be handled out of the agency’s Bangalore office.

LeEco, a global new age company of Chinese origin with market capitalization of more than $12 billion , recently debuted with two smartphones – the Le 1 s & Le Max, the world's first handsets to have a mirror-surfaced fingerprint recognition technology and other compelling features at disruptive prices. The multimedia aggressive launch that used Print, Digital and Outdoor drew a phenomenal response and surpassed the expectation of the company.

Founded in 2004, LeTV (subsequently, name changed to LeEco) has grown into a global conglomerate over the years. It offers live streaming, cloud, e-commerce, and smart TVs among other products and services.

Meera Krishnan, Director, Marcom, LeEco, said, “We chose Madison Media after an exhaustive review of capabilities and reputation of media agencies. Madison’s meticulous planning and execution of the first launch campaign has drawn a fantastic response which has surpassed our ambitious expectation.  We now are now on course to roll out more smartphone models as well as other exciting products from our Ecosystem in India.|

Vikram Sakhuja, Group CEO, Madison Media & OOH, added, “Technology brands are redefining marketing in India, and it is very exciting for Madison to partner LeEco in launching what promises to be an altogether new experience in the exploding smartphone category. We are delighted that our first campaign delivered extraordinary response in terms of bookings and sales.”

Madison Media Group has been on an account winning spree, having won a host of new businesses in 2015 including Snapdeal, OYO Rooms, Peppertap, Shaadi.com, Viber, Lenskart.com, Metro Cash & Carry, Gaana.com, Cricbuzz.com, Amul Hosiery, DHFL and Bandhan Bank among others.