Conceptualized by Lowe Lintas, Delhi, two ad films bat for two prime passions of cricket fans – scores and jerseys. The films will be on television and the digital space, during the upcoming T20 Cricket World Cup and IPL 2016 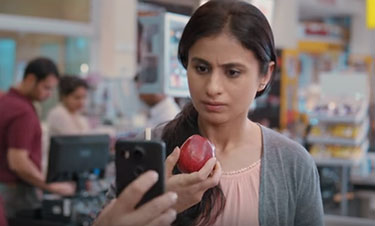 Conceptualized by Lowe Lintas, Delhi, two ad films bat for two prime passions of cricket fans – scores and jerseys. The films will be on television and the digital space, during the upcoming T20 Cricket World Cup and IPL 2016

Google has girdled up for the cricket fever in the air during the ICC’s World Cup Twenty 20, with cricket search features on its Google app. It has now gone to town with an advertising campaign devised by Lowe Lintas Delhi, to promote the app.

The new Google app features range from score updates to match schedules in English and Hindi. The new search experience includes news articles on the matches, the teams, the players and score boxes with in-depth statistics on the games.

The two ad films created for the campaign, will be aired during the upcoming T20 Cricket World Cup and also during Indian Premier League (IPL) 2016.The campaign is focused on the digitalmedium and television and the response has so far has been encouraging.The films have beenconceptualized by Lowe Lintas Delhi and highlight the efficacy of the apps.

In one film, cricket buffs discuss scores at a grocery store and an update comes from a customer operating the Google app on his mobile phone. In the second film, a child’s hand-painted cricket jersey is ruined in the rain. Then Google comes to the father’s rescue and gives him multiple options for buying a jersey for his son for an upcoming match. The father uses the app to buy an authentic cricket jersey, to replace the home-made one.

The commercials hone on the fact that cricket lovers could easily get answers to questions on cricket through the Google App -  from score updates to schedules, from cricket gear to trivia.Commenting on the campaign, Sapna Chadha, Head of Marketing, Google India, said, “Being away from the action can be frustrating, but from today you’ll never have to miss another moment with the launch of new cricket experiences on the Google app.”

Sharing his views on the creative approach behind the campaign, Arun Iyer, Chief Creative officer, Lowe Lintas, said, “Die-hard fans of cricket will stop at nothing to get updates on scores or any information related to cricket. This element has been captured beautifully through the two films that go on to show that no matter what - you cannot take cricket out of a fan, and it’s only through relevant and timely information that you can go one-up with them.”Iyer pointed out that both the ads were focused on scores and jerseys, as these were elements of the game that most fascinated cricket fans.

Naveen Gaur, President, Lowe Lintas, said, “Cricket is the biggest passion of this country where every Indian is a bigger cricket lover than the next one. And as one of the leader brands creating a digital world, it’s only natural that Google become the most preferred platform for any cricket related queries”.